Work continues on my Lancastrian army. I say Lancastrians but these troops could just as easily be used by either side. However, for the moment they are in the service of Henry VI, the rightful King of England and France. As with all my other Wars of the Roses troops, these figures once again come from Perry MIniatures. The handgunners from their plastic European Mercenaries set and the gun is from their metal range. 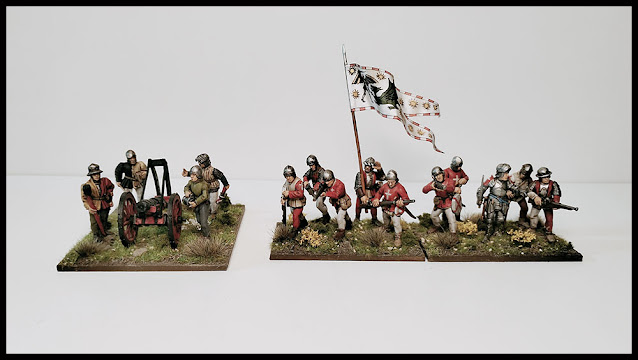 I decided to do the handgunners as French to keep with the same theme as the band of pike that I painted previously. With only two bases they are considered a small unit. I thought this appropriate as handgunns were not common on English battlefields at the time. 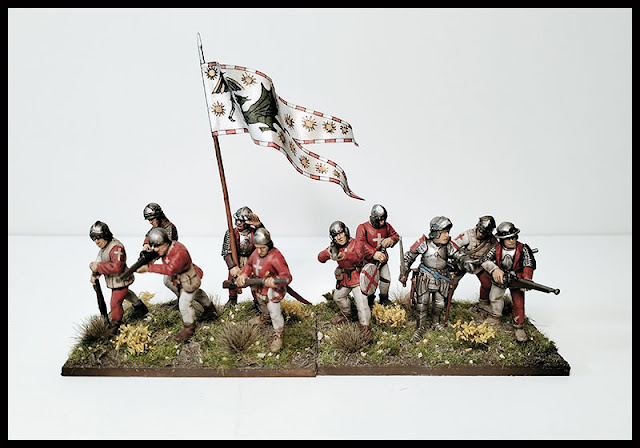 I'm pretty happy with how this little unit turned out. The most difficult part about painting them was trying to get the crosses straight and tidy. Other than that they were a breeze to paint. The flag is from one of the Perry boxes. I actually scanned the pamphlet in the box and printed it out to make it easier to manipulate and manage the colour. 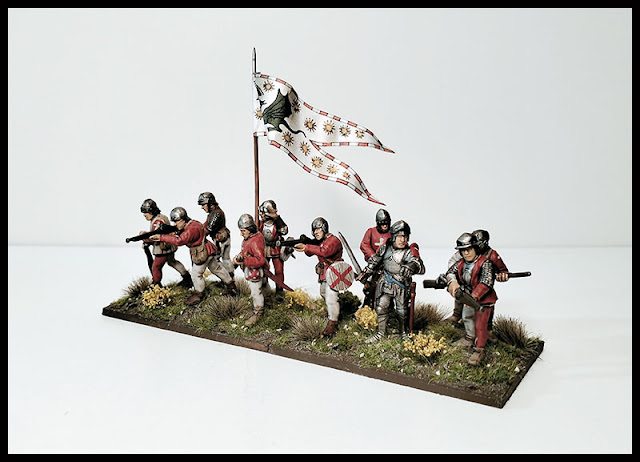 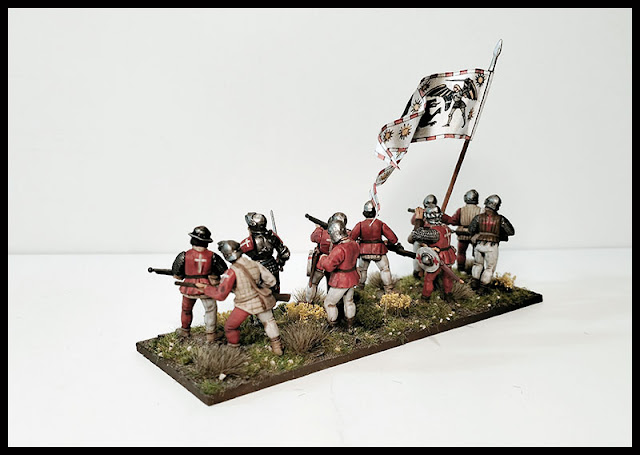 This gun, on the other hand was a pain in the butt. Putting it together was a nightmare and took several attempts. It needed twisting and straightening, drilling and trimming and gluing, and re-gluing and re-gluing. Throwing in the bin... Retrieved from the bin... Twisted, drilled, etc... And finally it went together. What a drama. 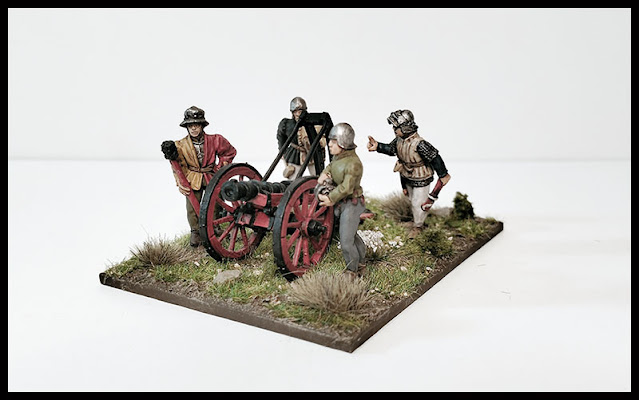 As it is, it looks good now that it's done. The reason I bought it is because I thought it looked like a pretty funky little model and I still think it has a lot of charm. On the battlefield I don't expect it to be very effective but... You never know what the dice may have to say about that! 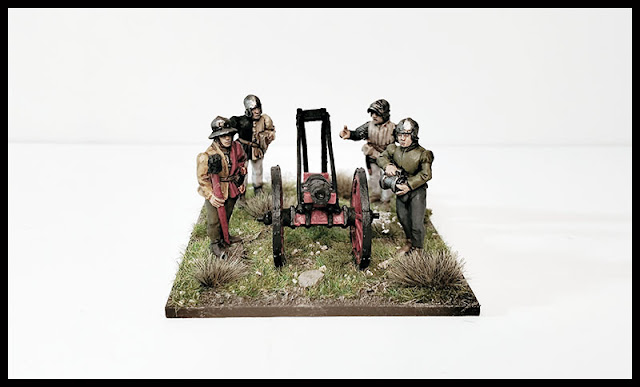 The figures themselves were easy to paint and needed a moderate amount of cleaning up. Not the best and not the worst. They look okay. I painted them in non-partisan colours so that they can fit into any army. 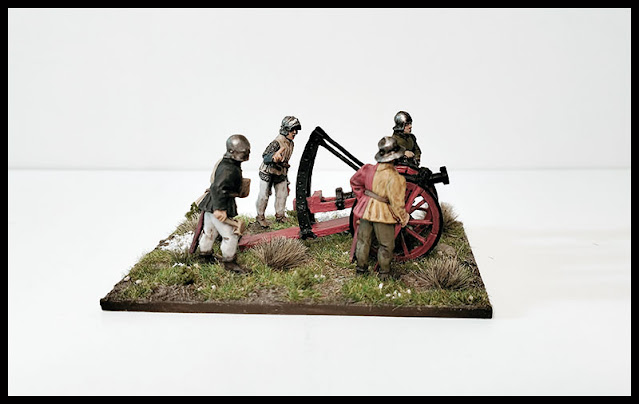 So that's my latest WotR's update. I have another gun that I hope will go together a bit easier than this little beast. I'm not sure what to do next. I'm torn between some heavy cavalry or more pike. I'm leaning more toward cavalry mainly because there is a lot of armour involved and that means easy painting. We'll see.
Posted by IanKH at 03:44