Some more action happened during Pirates in September 2013 this time at the Mitcham RSL (Returned Serviceman's League) Club on 21 Sept. This time it involved the annual Pirate Mega Game. This was played on a very long table by 8 able bodied pseudo-piratical types (me included). It was organised by Mike Goldyn of the Nunawading Wargames Association who you can see as the jolly green pirate in one of the pics below. 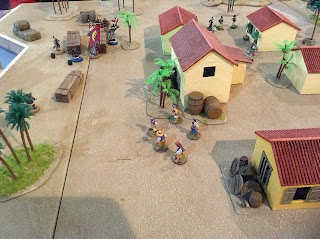 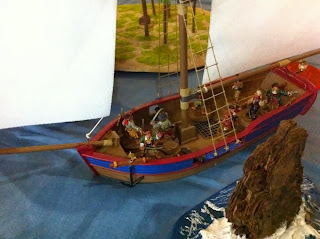 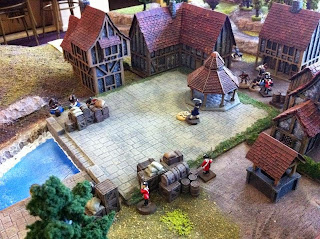 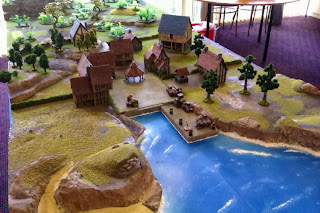 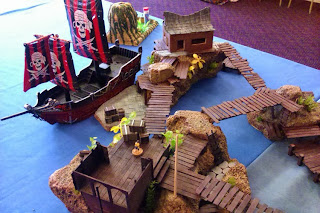 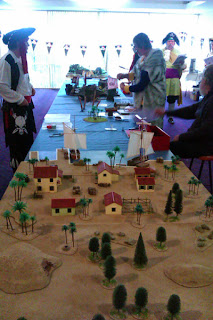 Walking on the Planks

My wargaming club Nunawading Wargaming Association has, since 2011 run an event called Pirates in September. This coincides with International Talk Like a Pirate Day (Sept 19) and runs for the whole of the
month. It includes any pirate game that you can think of. Players are encouraged to try out any set of rules or play their favorite set... Whatever! Games are not limited to the 1700's Caribbean - Vikings, Barbary Coast, Napoleonic landings and even Somali Pirates. Basically anything related to piratey behavior (except for video pirating).

This all culminates in a Pirate Mega Game using the Legends of the High Seas rules involving as many players as want to be involved.

Today I played two games of LotHS games using some really nice terrain made by another friend. I won the first game and my opponent won the second. In both games we played a "Rescue the Hostage: scenario. Both of us failed to save the hostage who was undoubtedly made to walk the plank as punishment. 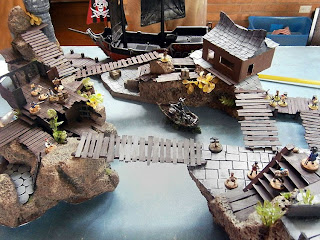 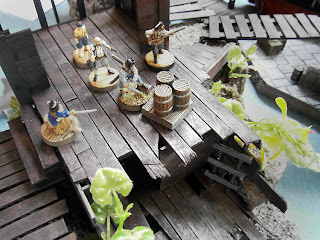 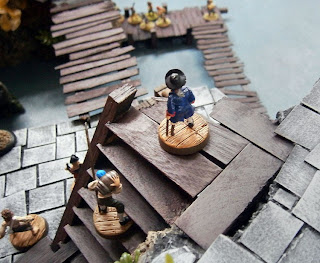 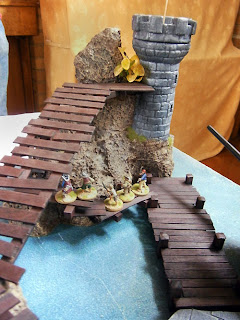 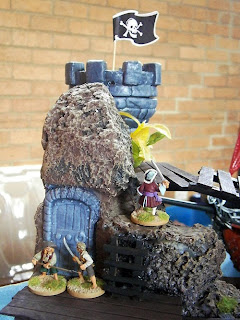 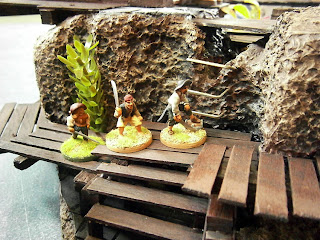 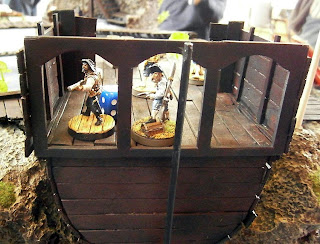 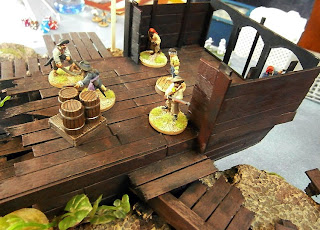 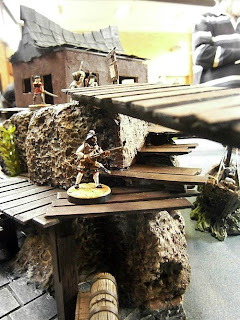 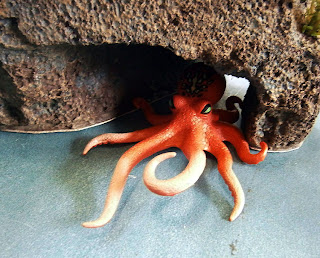 I've recently been making some terrain - A hillbilly gas station just like those ones you've all seen in every 80's slasher movie where the victims teenage cast stop and speak with the disturbingly inbred owner before they head out to an abandoned cabin in the woods (owned, no doubt, by one of the victims cast members uncle).

So far I've just done the main buildings - garage and cabin, although I still need to add a counter to the front room of the cabin and furnish the back rooms. I also need to add various junk to the garage. But... all in good time. 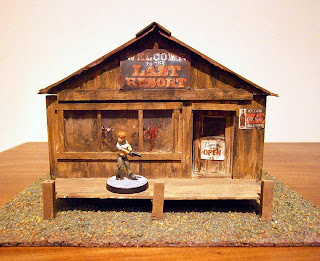 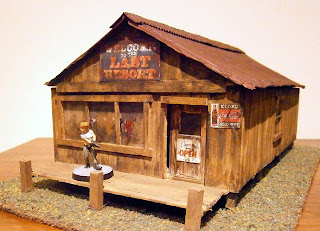 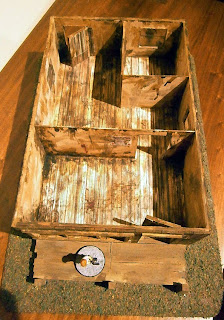 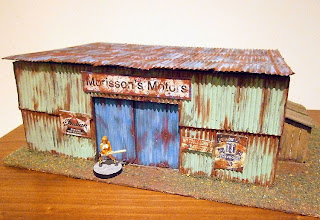 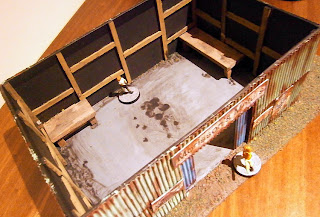 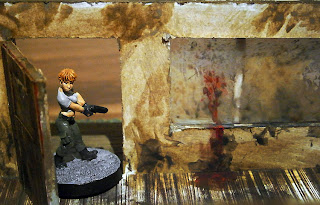 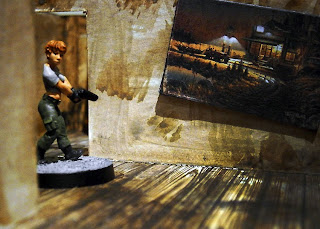 My Blogs are Dead!

I was just looking at my blogs and half of them are missing their pics. All of the affected blogs are the ones which I migrated from the 6sided blog network. When I first did the migration the pics were fine and I'm guessing that now that 6sided has shutdown completely some link (or something) has broken.

I guess I'll just have to spend time fixing them all up. That is going to be a hassle although I've fixed a couple already. Not happy folks!!!
Posted by IanKH at 02:40 No comments:

I've finished another bunch of survivors of the apocalypse to go with the others I finished a few weeks ago. I really like these figures from Hasslefree. In my opinion they are the best survivor figures on the market. 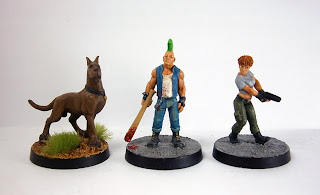 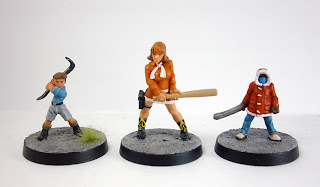 I've been painting a bunch of Tong figures lately for In Her Majesties Name. However, they are pretty versatile figures and I can also use them for Pulp Alley, 7TV and Empire of  the Dead.

Most are from the IHMN range - Black Dragon Tong set but I also had a Malifaux figure sitting around and a set of Pulp Figures' Tong that I picked up off a secondhand stall about 12 months ago. I haven't thought of any themes or anything at this stage but I'll come up with something later on. 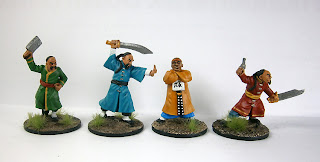 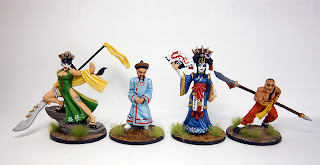 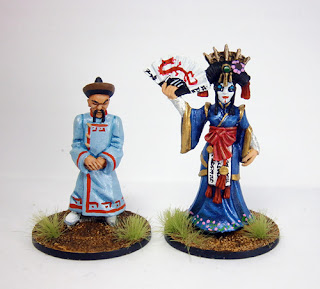