After a searching through every toyshop I could find and after scouring the internet over a period of months I finally found my Kong.

This little beauty stands about 6.5" and is the perfect size next to a 28mm figure. Not too small - Not too massive. Just right... Except his face. However, a bit of GS and an hour with just me and him and here he is.

When the GS has cured I'll add a few scars on his chest area and I'll bulk out his jowls  and give him a sightly shaggier look.

I've been working on these since my first game a couple of weeks gone by (see the post below for details and some other images. 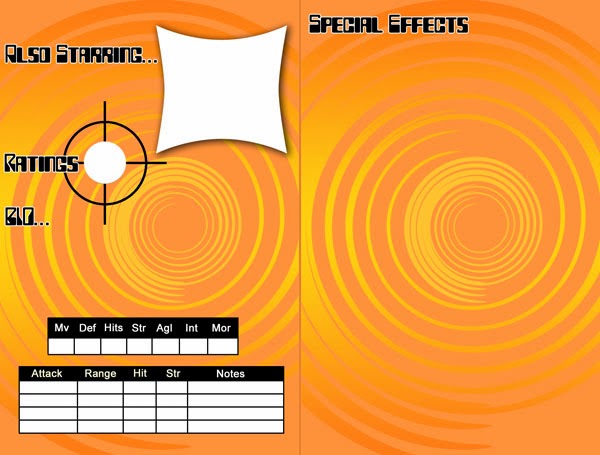 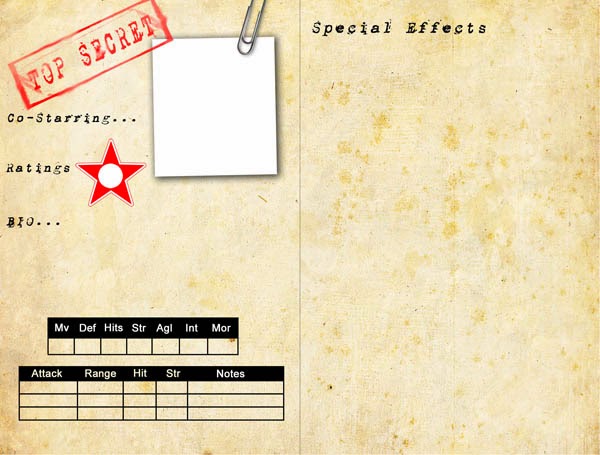 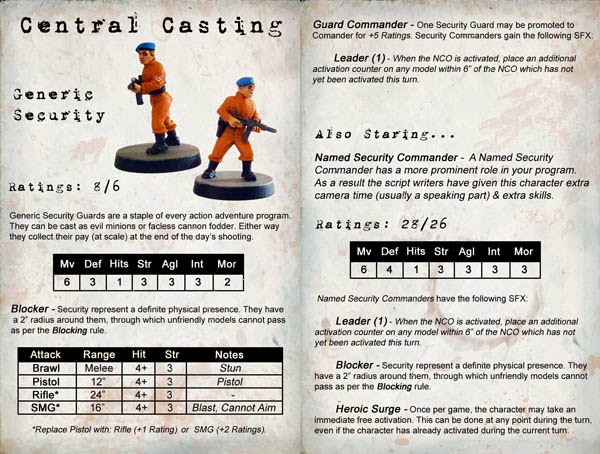 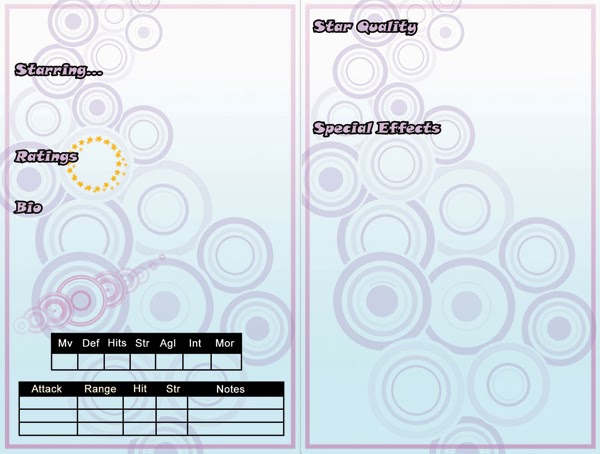 Le Vaisseau-mère is the most recent addition to my French GASLIGHT force. It is a large steam powered beast with twin landing platforms for transporting a squadron of killer Clockwork Wasps (I still need to make another 2 wasps for the full squadron of 8). These nasty little mechanical creatures are fast, armoured and boast a lethal 12" sting in the rear and a sub-machine gun mounted in the nose.The vessel itself has a control turret armed with twin defensive flamethrowers. 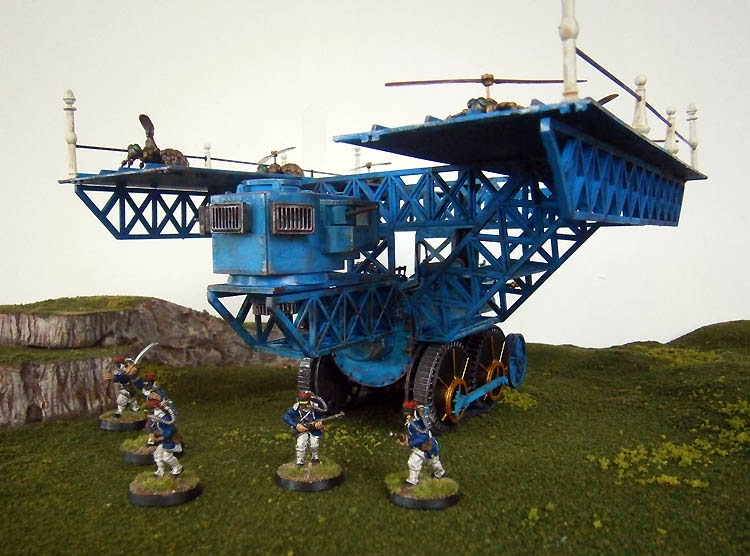 The model is kit-bashed from several kits: Airfix Steam Engine, Airfix Pontoon bridge (two kits), a 1/48 scale (brand unknown) KVII and and Airfix MkI Male tank. I think most folks should be able to see where the various bits are joined together. There are also a few scrap odds and ends thrown into the mix too.

This thing took me about 3 months to make. It wasn't that it was difficult it just took a fair bit of working out how to configure the damned thing! The real challenge was painting it. Painting took about a week in itself and required much twisting and turning and getting into hundreds of little nooks and crannies (in case you wonder, I am one of these folks who build something completely and worry about the painting when it's finished). 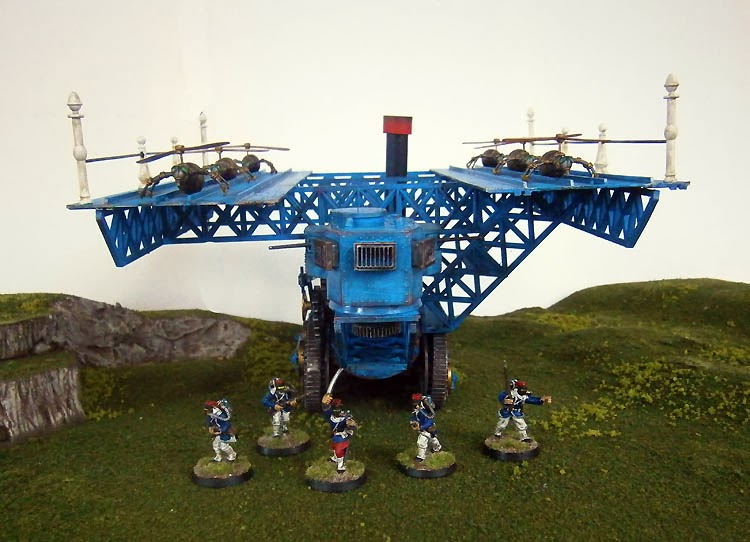 As far as gaming is concerned, I expect it to be a major disappointment. I didn't build it to be a lethal killing machine. I built it for the the purpose of having big, bombastic monster to move around the table and look impressive.

Anyway, here are some more pics: 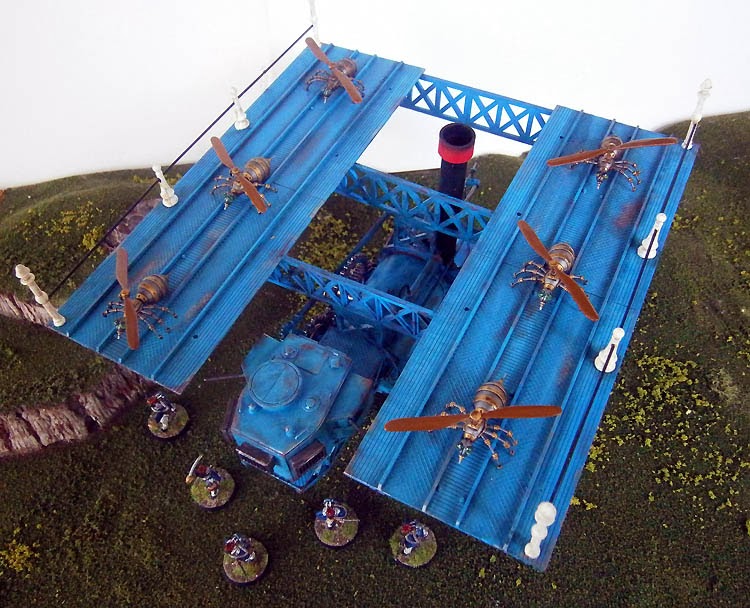 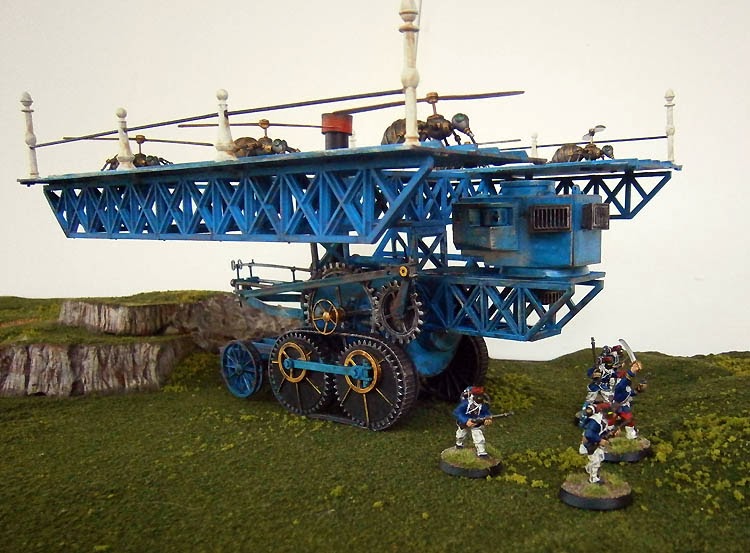 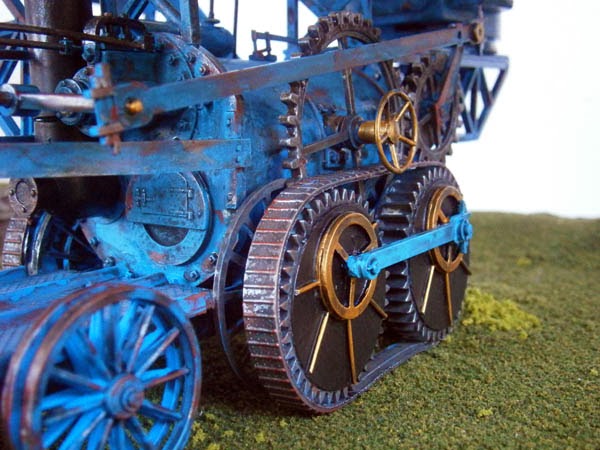 Email ThisBlogThis!Share to TwitterShare to FacebookShare to Pinterest
Labels: VSF

As well as my first game of 7TV on the weekend I also played a game using my (first time developed) super-villains. I originally had the characters printed on A4 sheets via Excel but they proved pretty crappy so I made some character cards. Like all the cards I'm making I tried to keep them in the same flavor of the game.

I made a nice little template on Photoshop that I can use over and over. I just change various cosmetic stuff like borders, colours, fonts etc... depending on how I want it to look - In this case: Like a comic book panel.

After having my first game of 7TV (AAR below) I found that the A4 sheets that I used for the characters wasn't ideal so I did some work on the existing Pulp character sheets that I've done for my upcoming Kong game. I came up with some nice new designs. I did all of the Omega Squad cards including some other S.H.A.G. characters: Archimedes Nesbit (SHAG scientist), Sgt Dawkins (SHAG Trooper NCO) and a few other co-stars and extras. I've only done one of the BORIS cards so far - Colonel Zhukov). 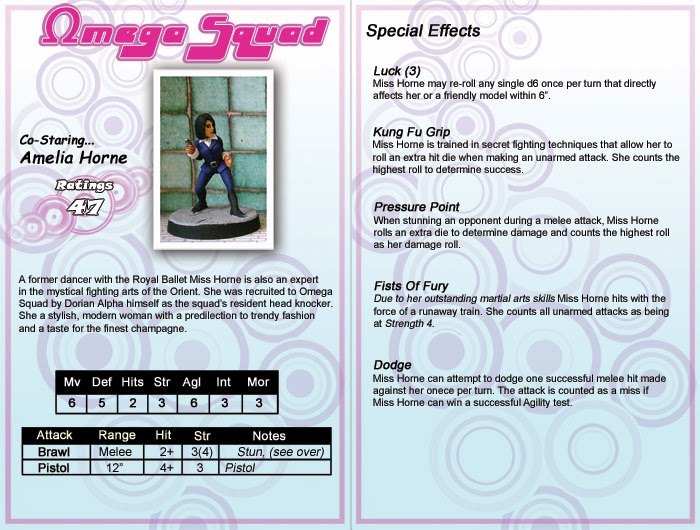 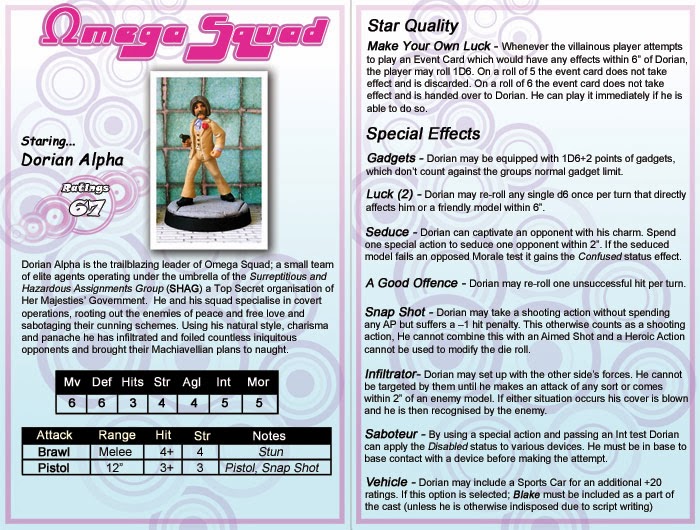 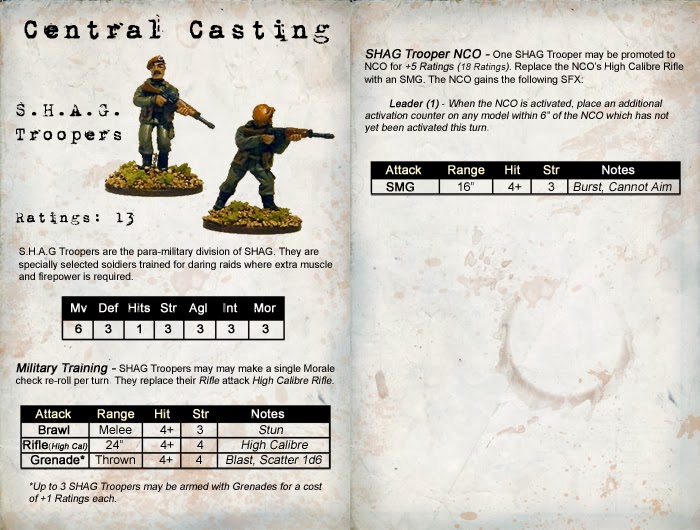 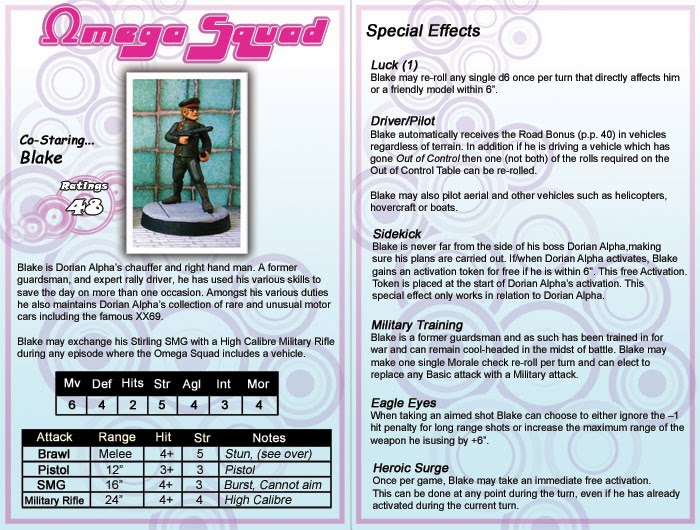 I had my first game of 7TV on the weekend. It involved the Omega Squad who thwarted the attempt of the evil BORIS in their attempts to move some unidentified contraband.

Here we see the Colonel Zharkov - The head of BORIS supervising the removal of said unidentified contraband cleverly hidden right in the open inside packing crates. Bogdan Bogdanovich and an unidentified comrade are doing the heavy lifting unaware that Dorian Alpha has infiltrated their operation and acting as a lookout.

Dorian's motor car the XX69 (with Blake at the wheel) comes speeding into shot narrowly missing the comrade on look out who had to dive out of the way (making for some outstanding stunt work).

Much of the original footage has been lost however, both Blake and Amelia Horne burst out of the  XX69. Blake took a successful shot at Bogdan whilst the deadly Miss Horne used her outstanding jujitsu skills to stun the look out. Meanwhile behind the scenes Dorian Alpha used his skills of seduction against the beautiful comrade helping Bogdan to disrupting the loading operation.

Bogdan move up to the XX69 and took a shot at Blake inflicting a minor flesh wound whilst the Colonel revealing the hidden dagger in his boot attacked the nimble Miss Horne but was unable to get past her formidable defences. At this stage Blake took another shot at Bogdan Bogdanovich and felled the big  Soviet. Miss Horne now turned her martial arts skills on the Colonel and gave him a few bruises to remember her by.

The lookout shook his head and waded back into the fray only to find Miss Horne's fashionable boot waiting for his solar plexus  and knocking wind out of him. The Colonel seeing that things were going wrong at this stage made a dash for the van thinking that he could make a getaway with (at least) some of his illegal freight. Slamming the door and, spinning the tyres he made his getaway... But he didn't count on the resourceful Miss Horne making a dive for the passenger seat and giving him a swift judo-chop which almost caused the van to crash into the corner of a building.

Thinking his best bet was to make his escape on foot the Colonel ditched the van and set off on foot heading down a back alley with Miss Horne in pursuit. Back at the building site, Blake jumped into the XX69 and doing a screeching u-turn, followed after the van. Dorian, meanwhile rounded up the two comrades - giving one of them a burst of stun gas from his fake lapel flower - and examined the cargo (finding it to be machine parts of unknown origin).

The show ended with Blake and Miss Horne capturing the Soviet Colonel but, although somewhat disheveled and with a loss of face he nevertheless vowed: "You cannot defeat BORIS. I Will Return!"