I've been making a bit of terrain. This happened by accident. I went to the hardware store (Bunnings for those Australian readers) to get some cork tiles to make some Stalingrad type ruins and walked past an outdoor door mat on a shelf. It was brown and had really prominent ridges.

So, I bought it for $8.00 and took it home. I cut it into pieces, did a bit of dry-brushing in a lighter shade of brown, dabbed on some pva glue and added some flock. within a bout 30 minutes I had a bunch of cultivated fields. They're a bit too neat but adding some fences and hedges etc, on the table with them will fix that. 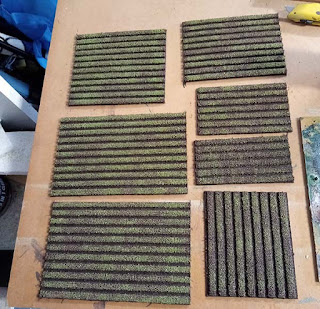 I cut some small and some large. I figure they could look good as part of of one of those large Soviet farms. I need to find a nice 1940's 20mm Russian tractor to place in the middle to give them some character. 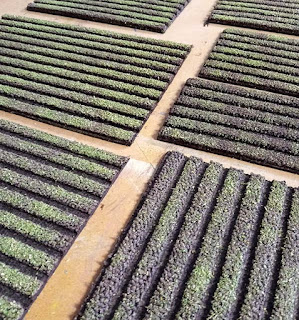 I was looking through some tubs of stuff for something that I can't recall. In one of the tubs I found some fences that I made. They were half painted and almost finished. I have no idea what I was making them for but they looked good. They're made out of balsa wood and they're pretty sturdy. Anyway, I flocked the bases and they're ready to go. 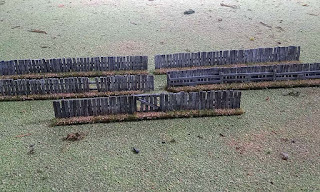 I don't no idea what scale I made these for but they seem like they'll work for either 20mm or 28mm. They would probably work for 15mm too. 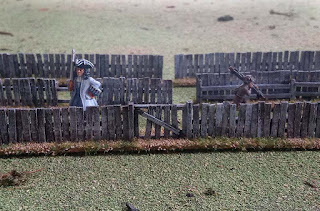 I've also been rebasing lots of WWII figures. Last night I finished my Western Desert Force (or you can call them 8th Army). Hopefully, one day soon they'll go up against my Afrika Korps. I really need some Italians to do better North African games but it's hard to find good 20mm Italians. 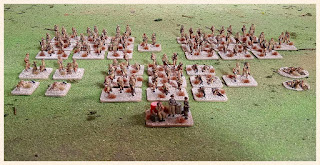 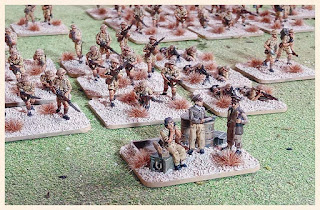 And here's their nemesis... The DAK 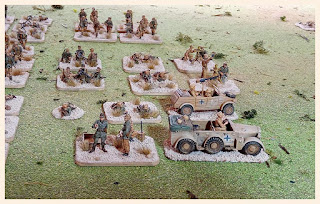 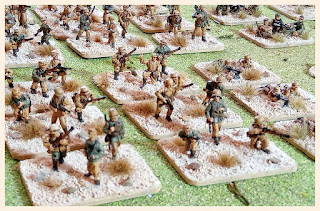 All of the British are AB Figures and the DAK are a mix of AB and, I think, Simon's Soldiers (but I'm not 100% certain on that). All metal and their storage box is getting heavy!
Posted by IanKH at 20:56 2 comments:

I haven't posted on here for a while. This is because I've been doing a bunch of WWII stuff and I post it on my other blog at This 20mm World at War. So I haven't stopped wargaming and modeling, I'm just posting stuff elsewhere. 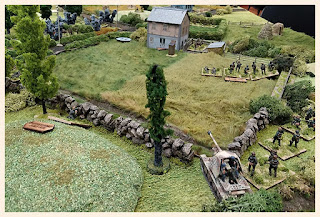 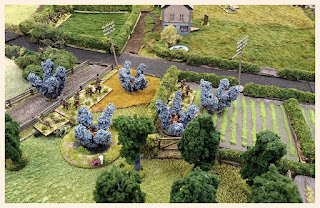 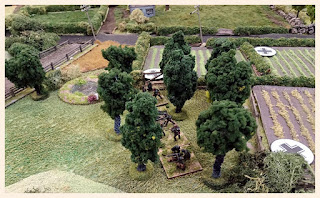 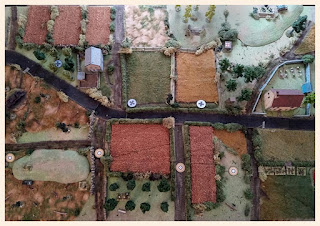 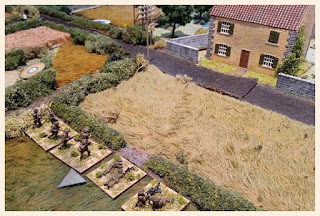 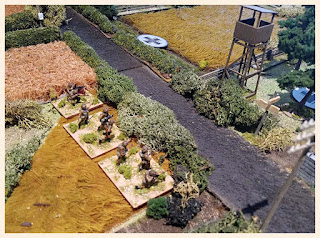 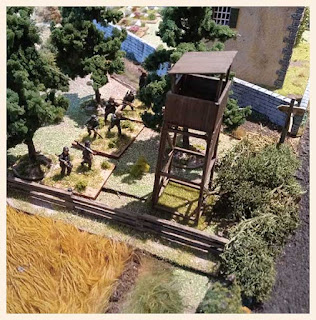 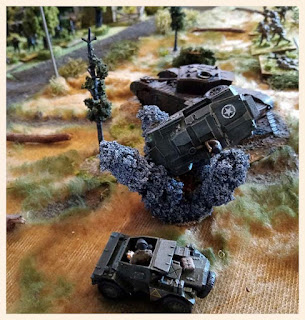 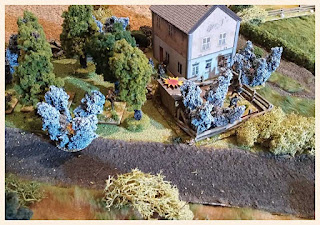 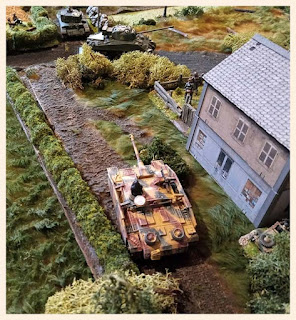 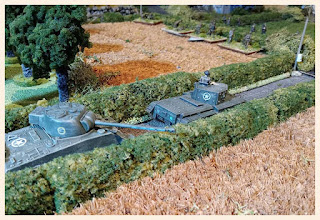 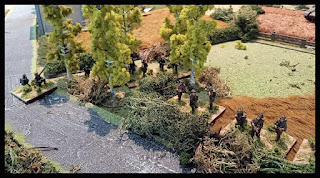 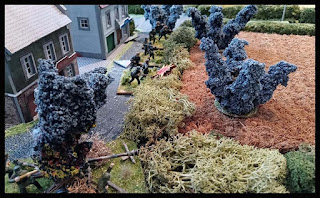