Just a quick one

I've been working at getting my new web store up and running. It's going to be called: Pulp 28's. Things are going a bit slow at the moment but I decided to start with some art work for the home page and some of the other art to be included. Here it is: 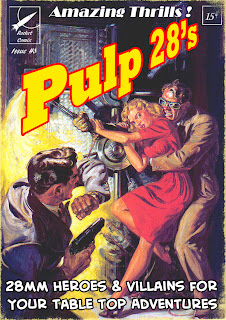 Email ThisBlogThis!Share to TwitterShare to FacebookShare to Pinterest
Labels: Pulp

The Mob & The Law

I've recently been working on a bunch of guys for some 1930's mobster action. I've painted handful of beat cops and a some mobsters so far. I have some g-men in the works and I already have a couple of PI's ready to stalk the shady alleys of downtown.

Over the new year period I also did quite a bit of work on a 30's film-noir setting. It's all made using printed card-stock terrain and includes: several tenement buildings, a large warehouse, a diner/restaurant, a jazz club as well as sub-basements and tunnel systems for smuggling all that illegal liquor. I'll get some pics of the terrain up soon. 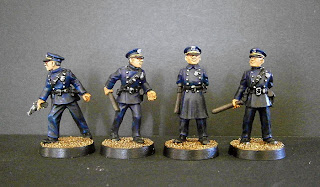 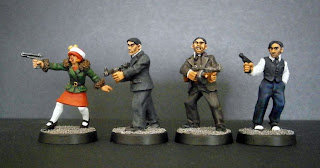