It All Sounds Greek to Me

Well, I haven't sculpt anything for the past couple of weeks as I wanted to get a bit of painting done. So here are a couple of pics of some stuff:

First up is a pic of my Earth Born men for my Jason & The Argonauts game for later in the year. They are from Eureka and they are a bugger to put together. But having said that I do like the result. this isn't the best photo but I did their equipment in a dark bronze with a liberal coating of verdigris medium and they look pretty nice in the flesh. 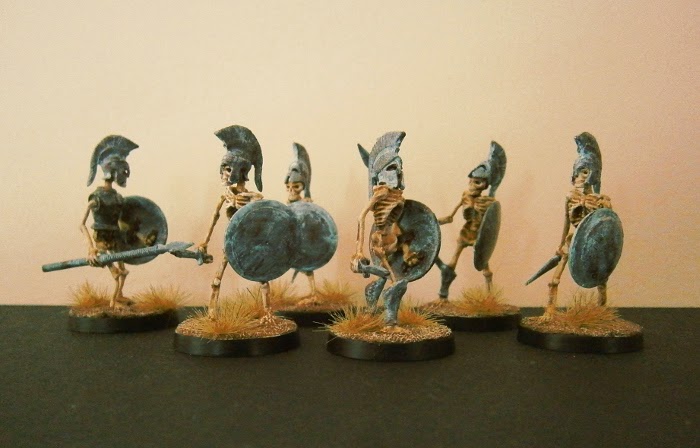 And here is a pic of my first ever Athenian Hoplite Phalanx (I decided to get into ancient wargaming this year). The pic doesn't do them justice as they are super colourful. 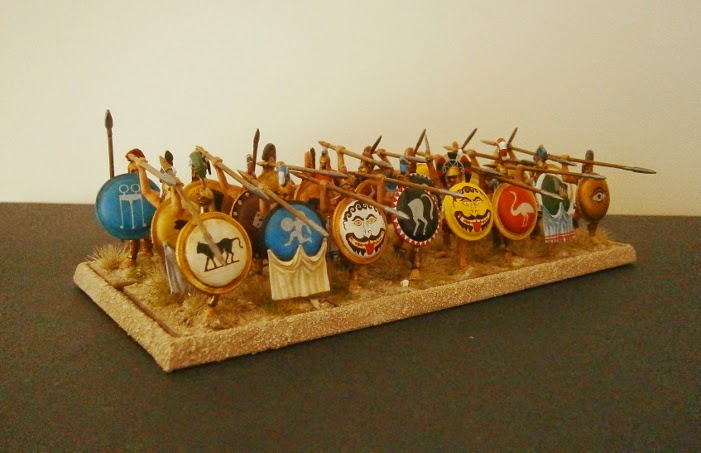 Email ThisBlogThis!Share to TwitterShare to FacebookShare to Pinterest
Labels: Ancients, Jason & The Argonauts

Well folks, Christmas was busy and I managed to sculpt a whole bunch of Runestaff figures. Unfortunately the breakdown of my pc and the loss of photoshop means that I didn't manage to get any pics of them. I made an Order of the Wolf foot knight, Baron Kalan - Master of Time, the final Vulture Legion troops and modified the Vulture cavalry (they now have wings like the medieval Polish Hussars).

However, today I finished Dorian Hawkmoon, Duke of Koln and got a couple of decent pics (using a different editing program). I think Hawkmoon is going to be a controversial figure as most folks are going to have a very specific idea of how he should look. Keep in mind that this is Hawkmoon arrayed for battle.

I tend to think of Hawkmoon as a pretty tough customer. Unlike many of Moorcock's heroes, for the most part he only has his wits, fortitude and his combat skills as a to rely on. It's not until later that he weilds the Sword of the Dawn. With this in mind I made him look like he was ready for a fight.

I decided to make his armour very different to anyone else in order to make him stand out & his helmet makes him appear quite tall (but he's still smaller than my thumb). He has a mix of armour from a pseudo 2-piece sculpted torso (ancient) to chainmail and bronze scalemail. The helmet is more reminiscent of the Renaissance (or maybe a Napoleonic dragoon). On the other hand his shield is more like that of an ancient Greek hoplite.

A strange mix, certainly. But he is a fantasy character and should look like one.

He is a two part sculpt: Body and shield arm. 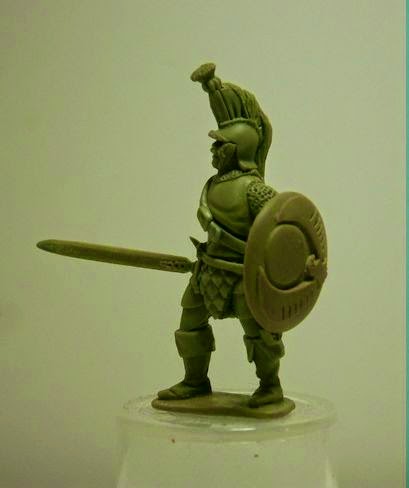 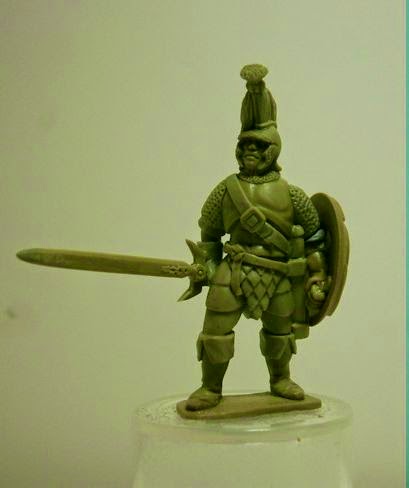 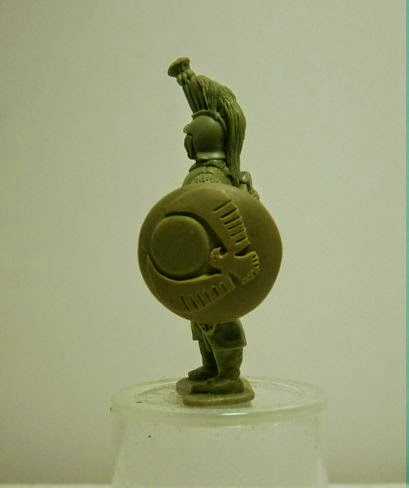 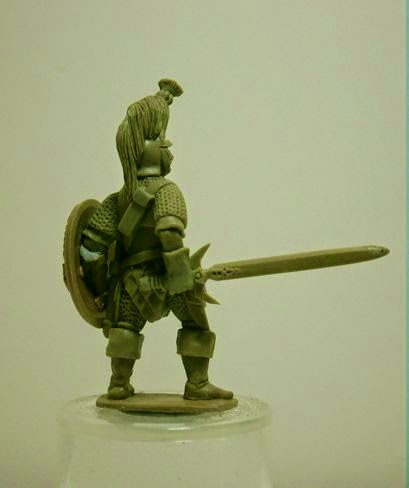