I'm locked away like everyone else with the difference being that semi-isolation is my usual state of being. Which, if you've ever wondered, is why I manage to get quite a bit of modeling and wargaming stuff done so quickly when I put my mind into it.

So, what have I got that's new?

I have a bunch of Bull Legion Infantry. What are these you may ask? I sculpted these for Eureka a few years back for their Moocock/Hawkmoon range. I've had a couple of hese sitting on my desk for a couple of years with the intent to paint them and I finally did. I decided a half dozen would make a good Elite Foot unit for Dragon Rampant. Heavily armoured guys with big hammers. 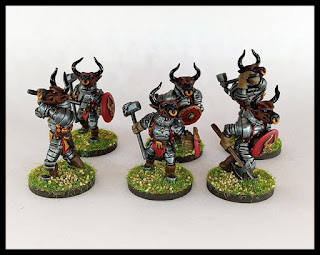 They are fairly hefty figures, all armed with heavy striking weapons like hammers and axes. But there's only three variants. The one with his weapon over his shoulder has empty hands and can be fitted with various weapons. He comes with the hammer as shown but I did make a weapon sprue with a 2 handed sword, battle axe, spear and a basic flamelance. 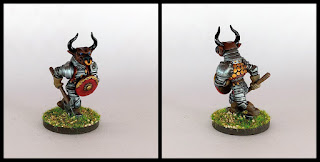 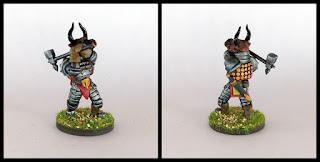 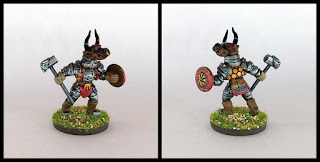 I also made up a couple of extra Oathmark orc archers to make up a 12 figure unit of bow (or two 6 figure scout units). Like the others that I did a few weeks back, these have been painted fast and rough because I think this style gives them a course and dirty, orcish look. 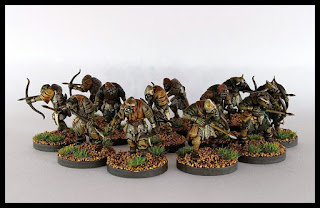 I also started a new blog - If you look above at the heading you can see a new button called A Ranger of Shadow Deep. Clicking the button leads to a separate blog where I'm going to chronicle my Rangers of Shadow Deep solo campaign. It seems I chose the right time to start solo wargaming. 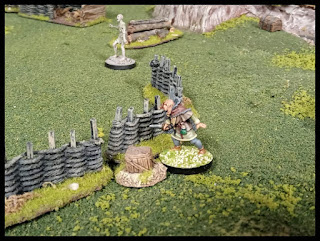 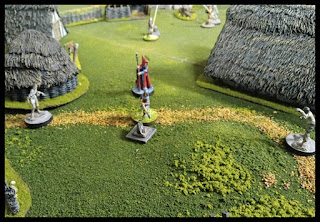 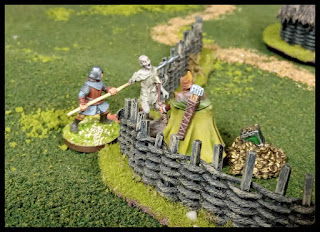