It's been a while since I last posted because I haven't done much worth noting (just finishing off odd bits and pieces for different things).

For the time being, I've shifted my focus to getting some more 15mm ancients finished. I was also lucky enough to get a game with them last night (Friday) at our club's new venue at House of War in Ringwood. HoW is a bricks and mortar store which is very well appointed. It's large, has plenty of space (and tables) for gaming, modeling and hanging out. But more on that later...

I introduced Lorne to a game of Sword & Spear. You may remember Lorne from my last post. He commanded the right of the enemy forces in my last post. Introduce I say... I hadn't played S&S for quite some time and had forgotten about 80% of the rules but I did remember the basics like the turn sequence & things like that. I also had two 400pt armies to pit against each other.

This was the first time I got my un-blooded Successor Macedonians/Antigonids onto the table and they faced off against a rebellious Sparta and her allies. 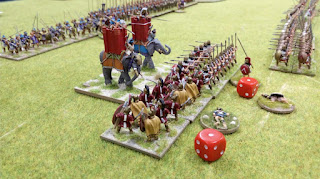 I won't go into details of the game because I forgot to take photo's toward the end of the game as my phalanx crumbled when the Spartans got into their flank and rear. But I will say that the "Dice" had decided who to favour (and it wasn't me).

I started with less dice in the bag - 15 to Lorne's 18 but that was no major issue. However, some outrageous Discipline Test die rolling by the Spartans saw the Macedonian advance stopped in it's tracks. Then the loss of one, then two then three light/skirmish units saw my dice pool shrink to 12 to 18 and I couldn't recover any initiative. And it just got worse from there. It also didn't help that it was at this point the dice decided that favouring my opponent wasn't enough. Now they decided to punish my own rolling just to rub salt into the wound/s.

Towards the end I managed to get my aegema into the action and they pummeled the Spartiotes. Only three of their hoplite units were actual Spartans - The rest were undrilled allies. Still strong heavy foot but less maneuverable.

My elephants also got into action early on and a prolonged fight took place on my right flank. This was where the first Outrageous Discipline Test roll took place and the Spartans who should have been trampled into the dust withstood my mighty pachyderms. At least they stomped the allied Thracians flat.

Anyway, as Marty Di Bergi said: "Enough of my yakkin'." Here's some photo's. 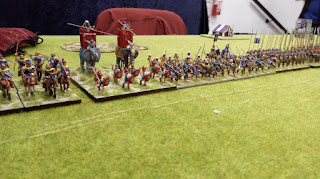 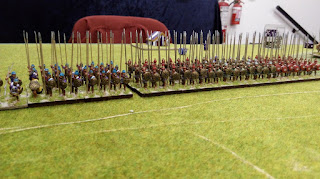 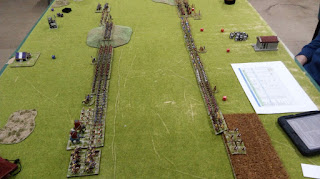 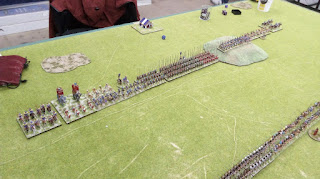 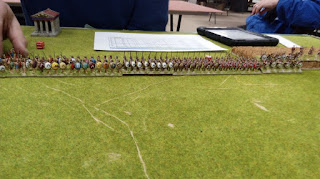 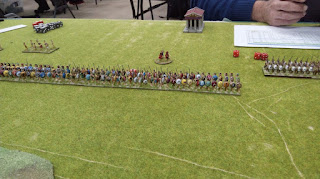 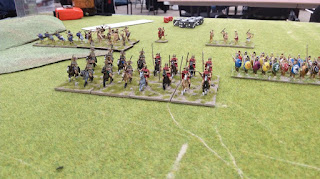 The phalanxes closing in... 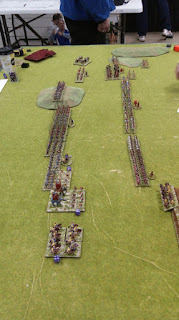 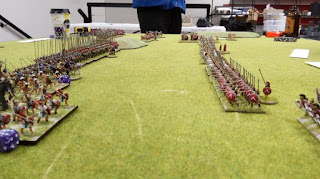 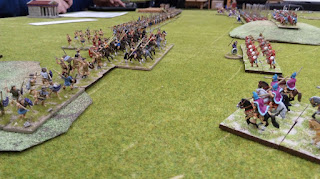 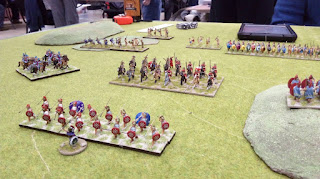 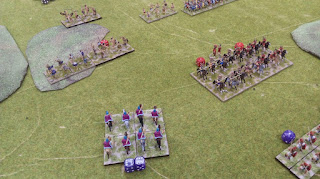 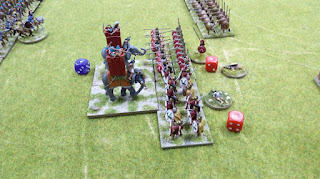 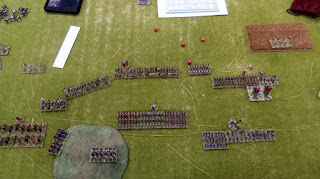 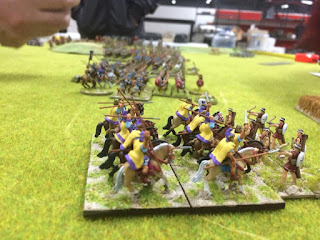 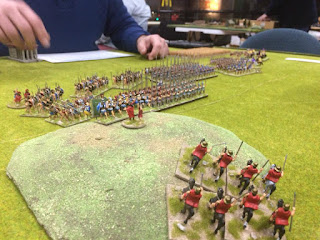 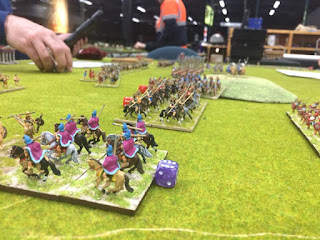 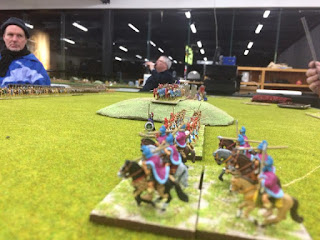 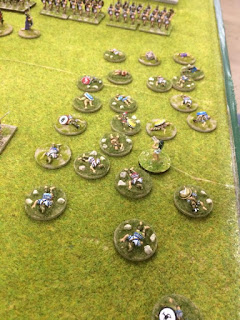 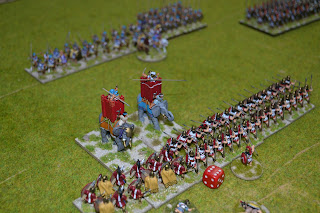