On Friday evening I tested out my set up for our Nunawading Wargames Assoc. Games Day 2017. This will be the last Games Day at our long standing venue (Croydon Uniting Church), whilst they rebuild their community hall over the next two years.

I'll be putting on a display for Firefight and I've been building a nice looking sci-fi city for the event. Some of the pieces aren't finished yet but I wanted to see the set up so I could determine how to lay out of the various pieces and to see if I needed more. And, while it was set up we had a quick game.

I'm pretty happy with the set up and I think that I have enough pieces (I still have several smaller items that I haven't yet built). The pieces are, in the main, from Miniature Scenery from Melbourne with a few other pieces from other producers of Infinity terrain. There are also a couple of nice landing pads from Knights of Dice (another Melbourne business).

Game wise, It was a bit of a whitewash. I used my new 1500pt Asterian list and they completely dominated and totally wiped my opponent, Brent's Forge Fathers, off the table in 3 turns. That was unintentional and I don't think that the list is over-powered. But, I must admit, I did use orders and cover a lot better than my opponent who relied too heavily on his tough armour. Also, my large unit of Marionettes proved to be capable of laying down a mass of firepower (24 dice if they were unharmed). But likewise, they proved very vulnerable to a dedicated assault unit.

So, here are some pics. I'm pretty happy with the set up and it should look great when all the pieces are finished. 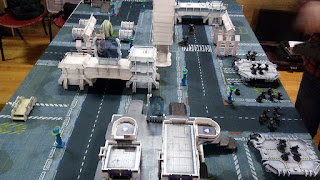 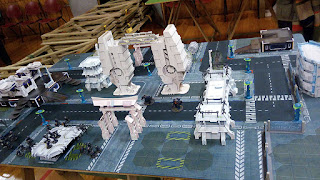 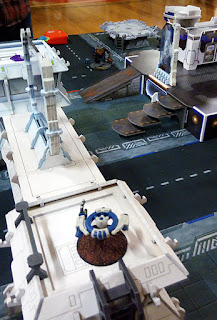 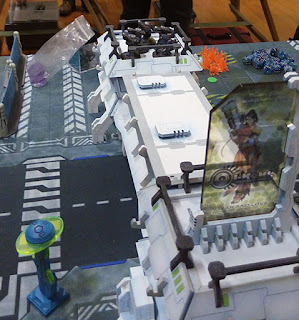 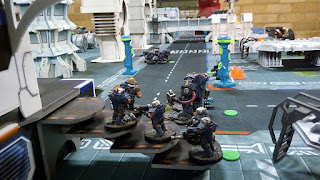 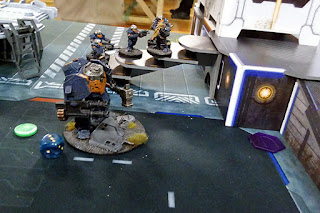 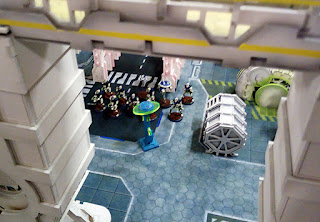 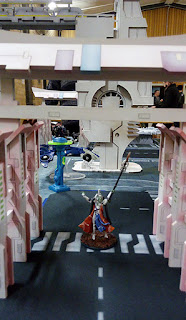 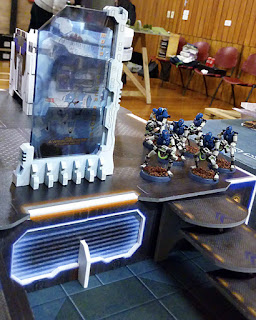 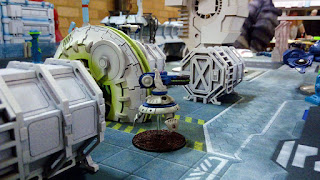 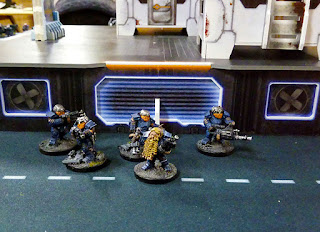 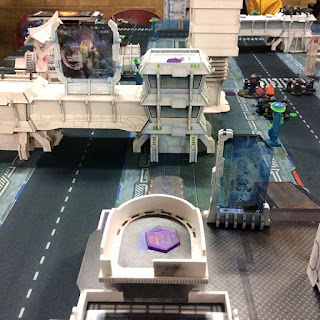 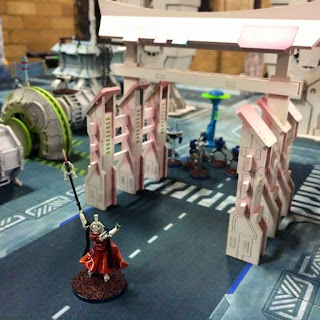