My War of the Roses output slowed a bit because I received an order of metal command figures from Perry and I wasn't sure what to do with them (I also decided to rebase a couple of hundred elves but that's another story!). Eventually I decided to do a base with Queen Margret and the Duke of Buckingham. 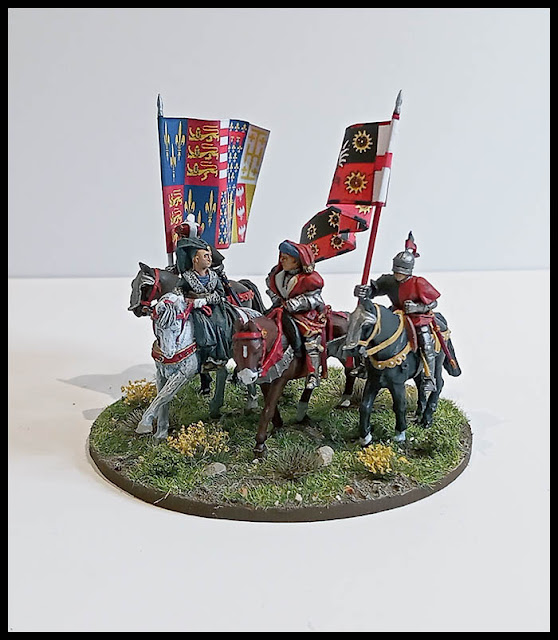 They came out looking okay and they make a very colourful command base. Overall I'm pretty happy with the result. I made Margret's banner from scratch in photoshop and I downloaded an image of Buckinghams standard and worked it in photoshop where I enlarged and cleaned it up into a printable version. I don't know who made the original but I apologise if I stole it. I just found it as a small image online. Fear not. This will be the only one I'll use and it won't be passed on to anyone else. 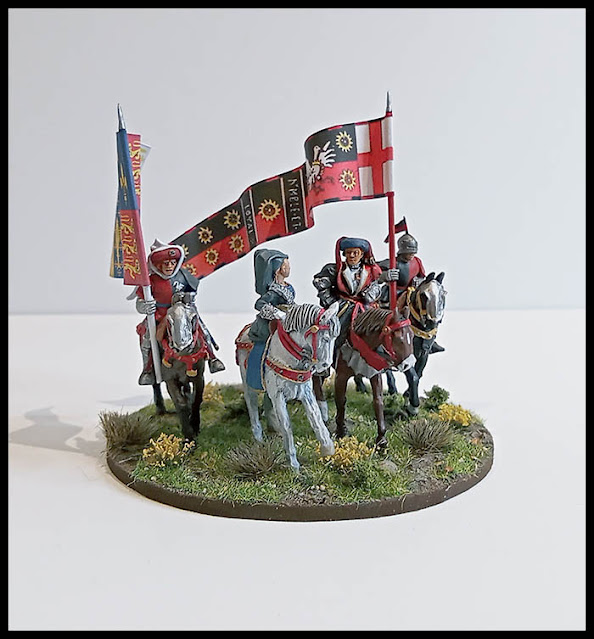 I also finished a unit of levy archers. I gave a couple of them a general dark blue and red livery that represents nowhere in particular. I gave them the Banner of St George which I made in photoshop because I couldn't find any other relevant banner to give them and I didn't want to tie them to any particular faction/lord.

They came out looking okay. 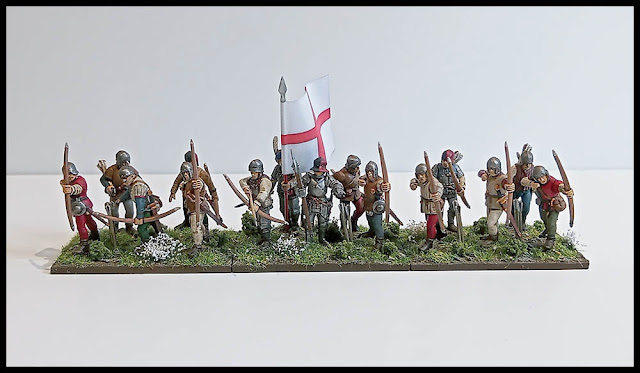 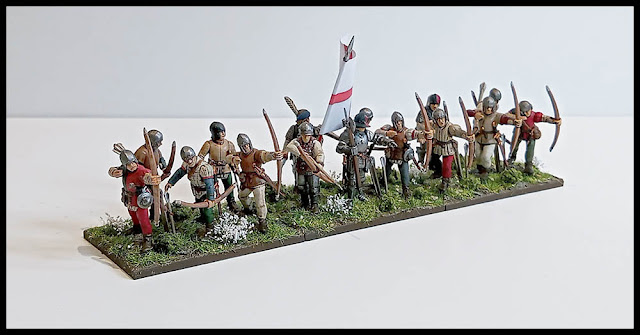 That's it for now. I'm going to the UK and Greece in the next few days so I don't expect that I'll be posting anything for a while. Maybe I'll see some interesting places and turn this place into a travel blog for a couple of months.

Email ThisBlogThis!Share to TwitterShare to FacebookShare to Pinterest
Labels: Just Painting, Medieval, Wars of the Roses