I've added a few reinforcements to my army of the dead. These don't swell the ranks of the dead very much but they do increase their numbers a bit and also add a couple of new monsters. 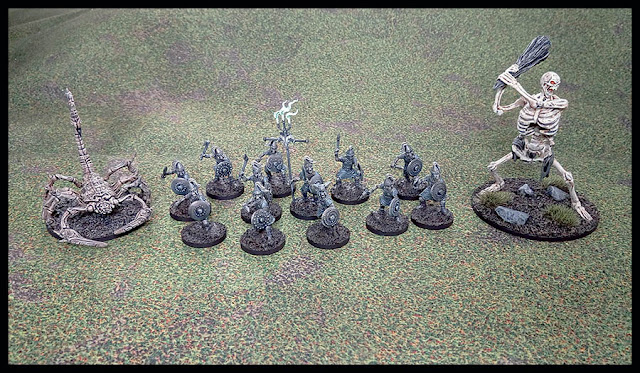 I added another unit of a dozen Oathmark Revenants. These are great figures and this is my second box of 30 figures, both of which will make up 5 units of 12 figures - A nice core of solid infantry for my undead hoards. 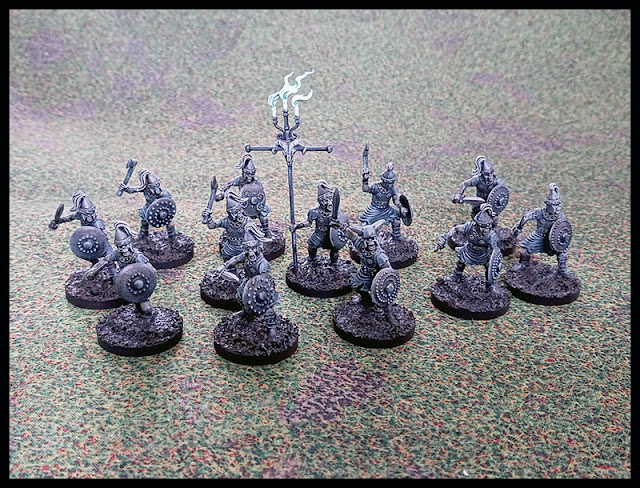 I have no idea at all where this figure comes from. I picked it up from a friend who was selling off some stuff at my club. It was a pre-painted figure on a clear base and is made of soft plastic. I cleaned it up a bit to get rid of mould lines and gave it a quick paint job. Nothing spectacular. 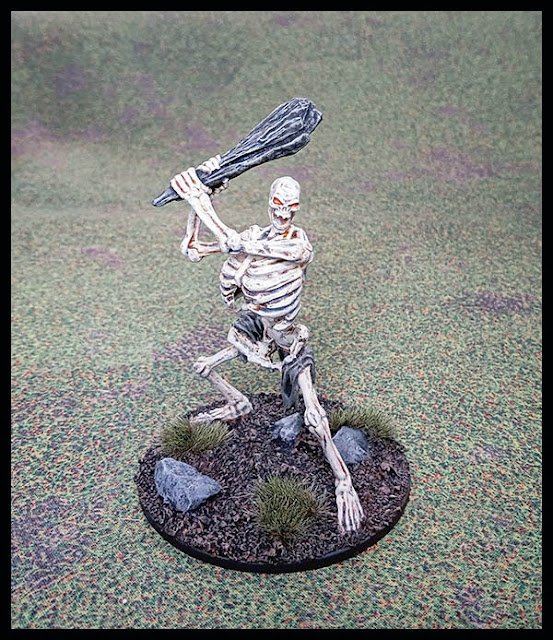 He adds a nice dimension to my deadheads. I don't really have many larger models in the hoard (but I do have a dragon!) so he will definitely add to the army both visually and as a semi-big hitter. 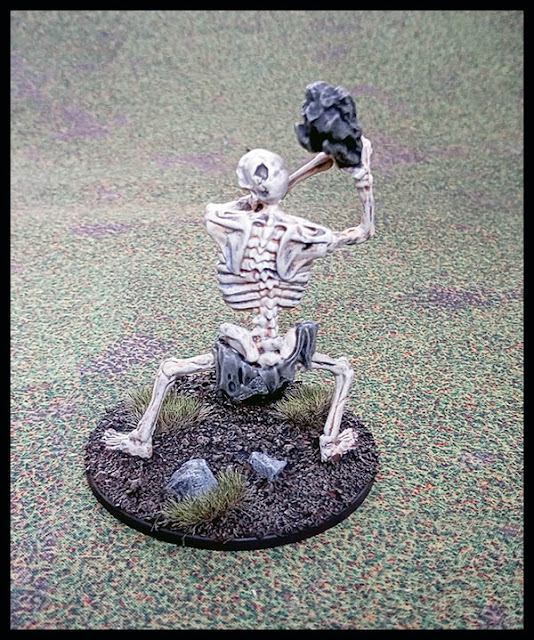 I don't really know how giant scorpions fit into an army of the dead but they seem to appear in a few movies where the dead are doing their thing. This is a Reaper Bones model. I bought this about 12 to 18 months back and found it really hard to assemble. Only recently did I think of a way to put it together and mount it effectively. 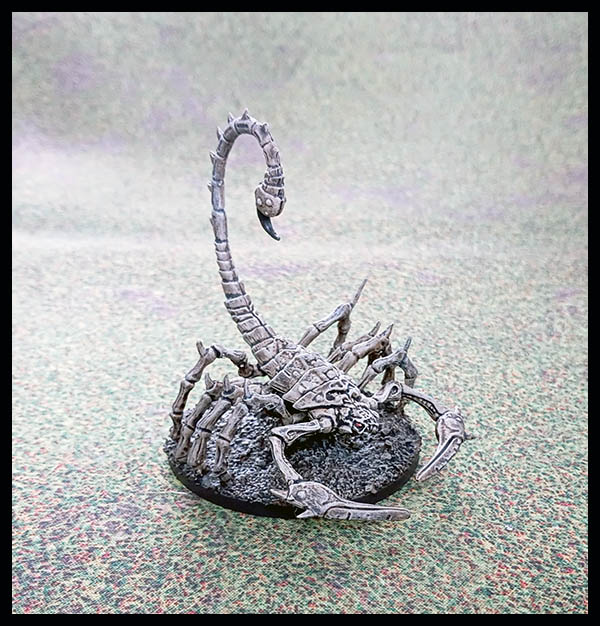 It's a great looking figure and I gave it a very basic paint job. But it came out very effective and I'm really happy with it. As I'm typing this it makes me think: I have a few left over Oathmark Goblin Wolf Riders. I might play around with them to see if I can seat them onto this figure. If I can I might have to get a few more of these and do a bit of modelling. 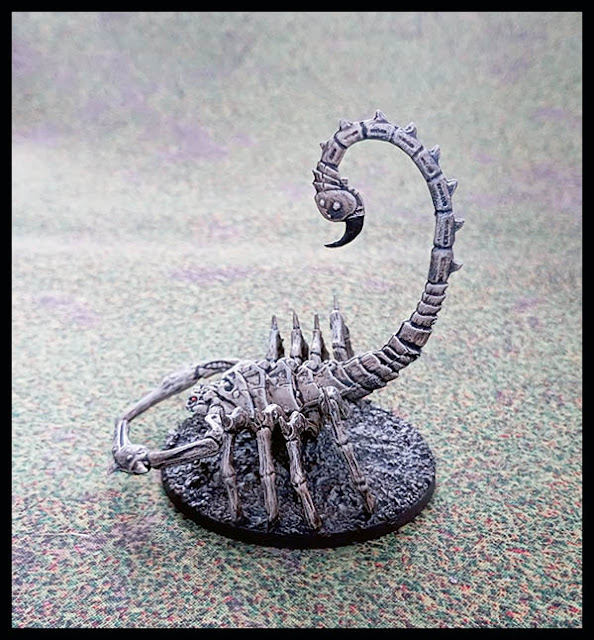 And that's it for now. I've started doing some Goth cavalry which I'm going to paint up as pseudo Riders of Rohan (or something similar).
Posted by IanKH at 15:03