These have been sitting on the paint desk for a quite a while waiting for me to finish the final company of voltigeurs. They all sat around patiently whilst I painted numerous other things and didn't hassle me. I mean... What were they going to do? They're just plastic and metal after all!
So here's my newest French infantry regiment. I actually finished the first battalion a while back and posted some pics, but here it is again just for the sake of completion. They are a mix of Perry plastics and metals. 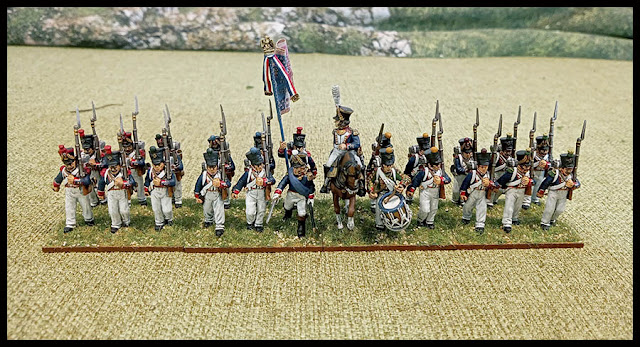 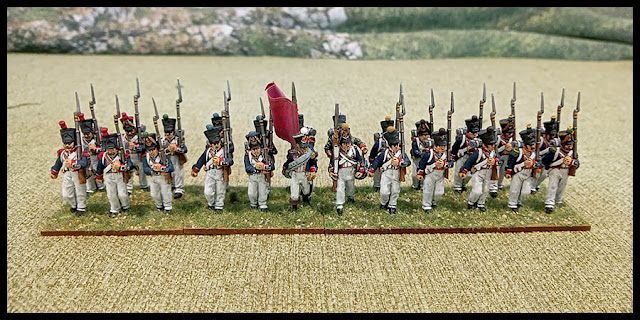 I also finished these generals a few months back and they needed a bit of dusting off before their photo shoot. These are Perry figures and I think they're supposed to be divisional generals. They're very nice figures. I think one is supposed to be Jerome Bonaparte but I don't know which one. As per usual, I'm going to use them for whatever I want to use them for. 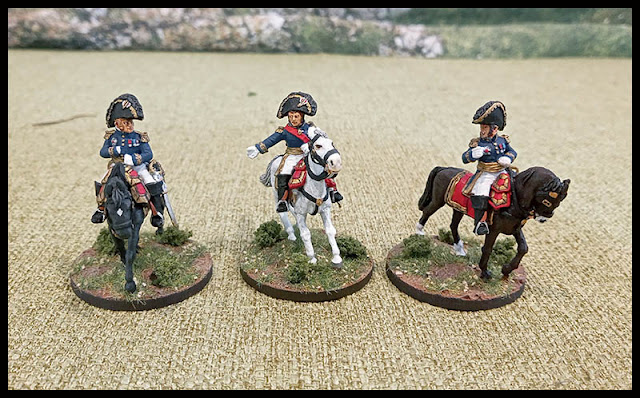 I bought some plastic HaT Industry 28mm voltigeurs. They're very nice figures even if they are a little bit plain and restricted by the HaT sculpting & moulding methods. I painted a couple of them and gave them a very plain, flat paint job to see how they turned out.
They are made from a softer plastic than other manufacturers but it isn't that soft plastic that 1:72 scale figures are made from. This material is easier to work with than other plastics and is far, far less brittle. Therefore the weapons and other uniform items are far more realistic in scale (look at the musket, swords and plumes) and they're very unlikely to break off.
Scale-wise, they are slimmer and more realistically proportioned than most other metal or plastic figures. Next to Perry French infantry they're slim and fractionally shorter. I don't think they'd mix well in the same unit. But battalions of these little guys would look okay next to battalions of most other manufacturers (Not Front Rank though. They'd look like skinny little runts next to Front Rank).
All in all, these are pretty good figures for what they are. Nice detail. Easy to paint. They'd be easy to multi-base, and they're quite affordable too!