Almost immediately after deciding that there was a re-basing that needed a-dooin', it was also determined that I'd need sabot bases to hold the figures in formation. As mentioned in my previous post I asked Mike at Battlefield Accessories if he could make them for me.

So I made a design using photoshop and in record time Mike made them (the design wasn't exactly anything groundbreaking). That was Sunday and they arrived on my doorstep a on Wednesday (yesterday). 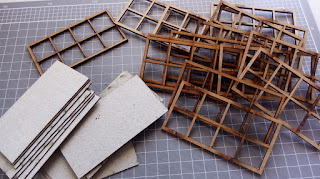 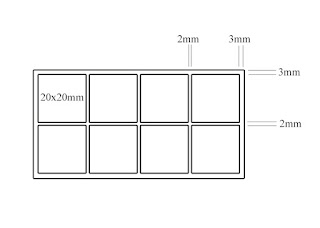 I had the time to put them together, so I put on an audio book and got to work. Not long after I had 28 lovely bases. I also got to work removing figures from bases and putting them onto the 20 x 20 bases that also came with the sabots. I did quite a lot of them. 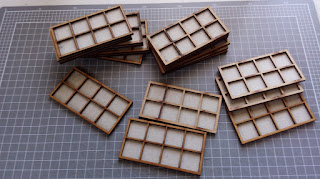 Adding flock came next. I got about half of them done but not all because I was also flocking the new figures bases. They look nice but I think I'm going to need more if I intend to use them for larger Napoleonic games other than Sharp Practice. We'll see when I have everything done. 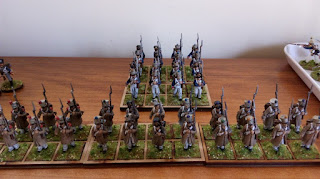 Okay... I was taking some photo's and I came across a problem.

When I was doing the sabot bases I thought I'd make some 4 figure sabot "command" bases. I'd only need a few of these. A couple for the Prussians and a couple for the French. My plan was that I would be able to place the command base in between two wings of troops and form a battalion. Easy!

I'd also get some 30mm round sabots made that I could fit the 20mm commanders' bases into for Sharp Practice. I even made up a couple of solid command bases (with figures glued direct onto the bases) because I'd only need a few single "leader" figures for SP.

A battalion with 4 figure sabot command base. 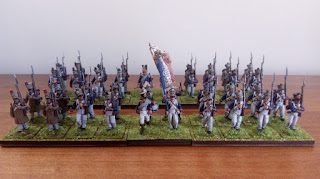 A battalion with a 4 figure regular command base. 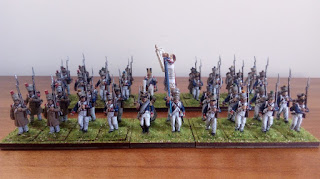 I took those pics and then I realised something: I can't deploy them into an attack column! Not only that, but there's no room for the voltigeur company (for the French). With the Prussians I'd end up with extra figures with nowhere to go. 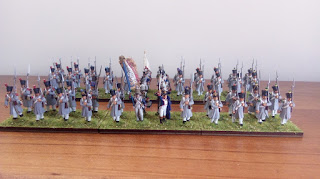 So that I can deploy them into an attack column (left) instead of the shonky looking column on the right. 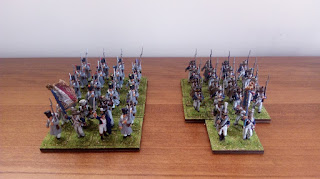 At least I didn't get too far and I only ruined one of the sabots with my dud experiment.