By that I mean I'm hopeless at being a consistent blogger. However, since I had reason to look at my blog again I thought it would be a good time to do an update.

So, over the past couple of months I've been doing some painting. Nothing difficult but something I've wanted to do for a while now.

"What is it?" I hear you ask. Well, I've been doing some medieval German stuff very loosely based on the Hansaetic League (the Hemmingsaetic League). Really it's just a bunch of Germanic looking units based around a core of Teutonic Knights based generically for use with Hail Caesar. I also want to use the Teutons for SAGA Crescent and Cross.

Here is what I've done so far: 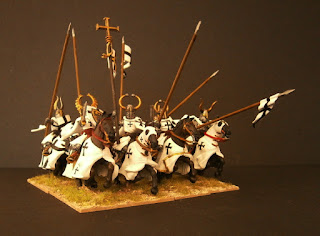 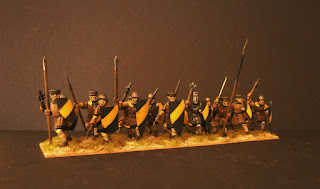 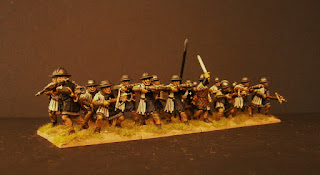 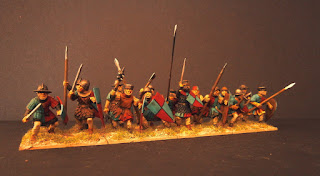 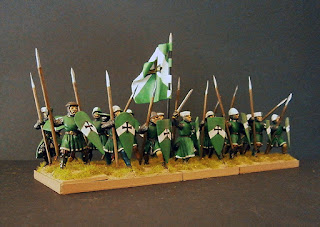 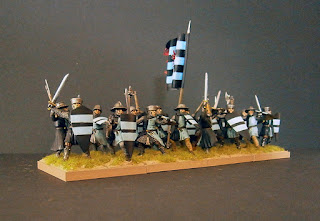 I also did some Athenian Hoplites that I ended up selling as I found it easier to do a big bunch of them in 15mm (should I post them on this blog or would that be a sacrilege against my 28mm blog theme?) They turned up wonderfully but they took a long time to paint. Anyway, here they are: 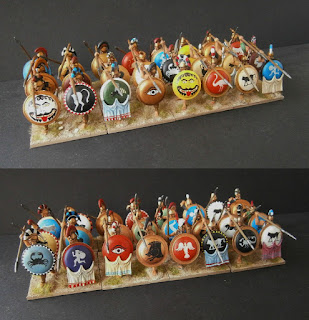 Email ThisBlogThis!Share to TwitterShare to FacebookShare to Pinterest
Labels: Ancients