Well it's been a very long while since I added anything to my blog. The reasons being illness in the family. However, things being resolved I'm back to modeling and sculpting and a new project for 2015 (even though it's still 2014 and I've already started).

The new project is a dramatic Jason & the Argonauts game for the new year which will be displayed at several Melbourne events throughout the year - Little Wars melbourne, Nunawading Wargames Accociation's (NWA) Open Day and for the month long Pirates in September again at NWA.

This is going to be a big game using the 7th Voyage rules by Crooked Dice and will involve a bunch of Greek Heroes, a couple of Olympians, Harpies, Skeletons, a bloke names Talos and the Argo.

And speaking of the Argo, I've already started making it. I saw another blog where a guy used a plastic kit of a viking longship as the basis to make the boat and I thought I'd copy his idea. I used the 1/72 scale Viking Longship model by Revel.

And here's what I've done:


The first thing I did was put the hull together and sand off the keel. I thin cut up the prow and the stern:

I then added some pieces of plasticard, balsa and modelling putty to make the chassis for the prow. I also made some plasticard decking and glued it in place. 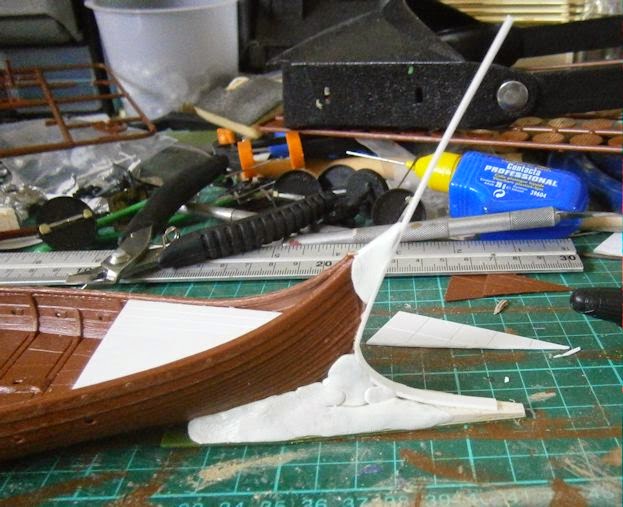 More plasticard - this time held in place with rubber bands to get the curve required. 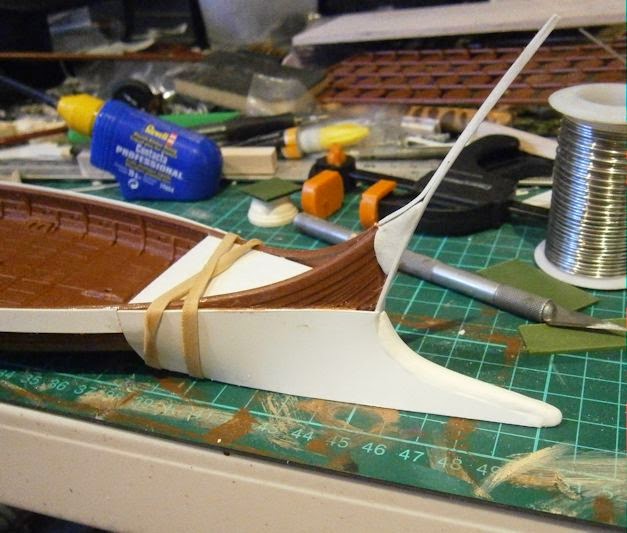 Then I did the same for the stern (you'll also note that I fixed some card above the bit where the oars stick out. 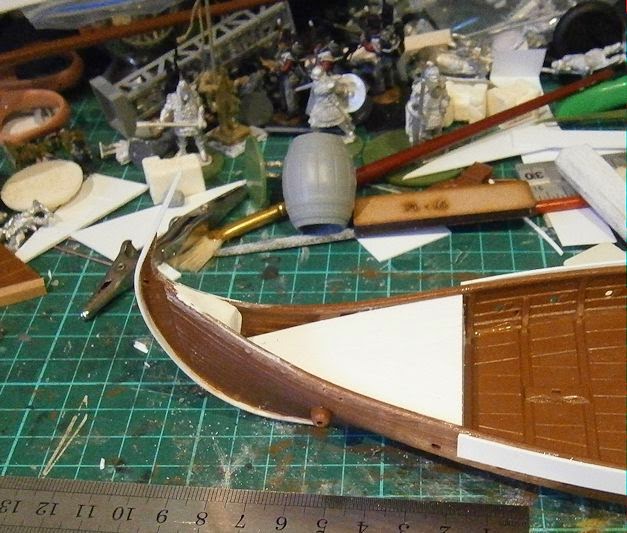 But that's not where I stopped...

I built up the walls on the prow, added a load of Miliput and sanded the crap out of it until I got thoroughly sick of Milipt powder all over the place. 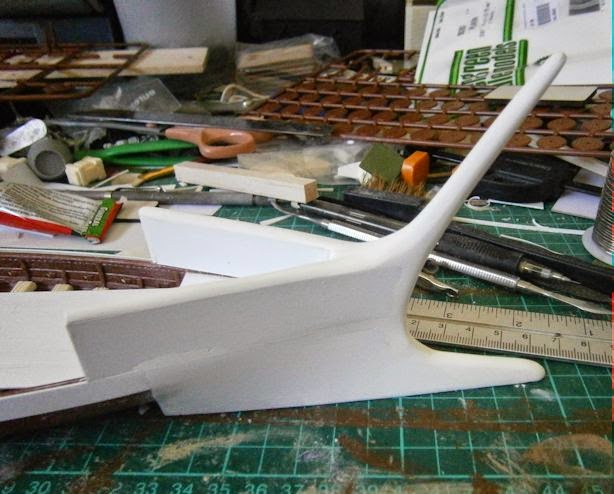 And I added the decking:

And did the same to the stern... 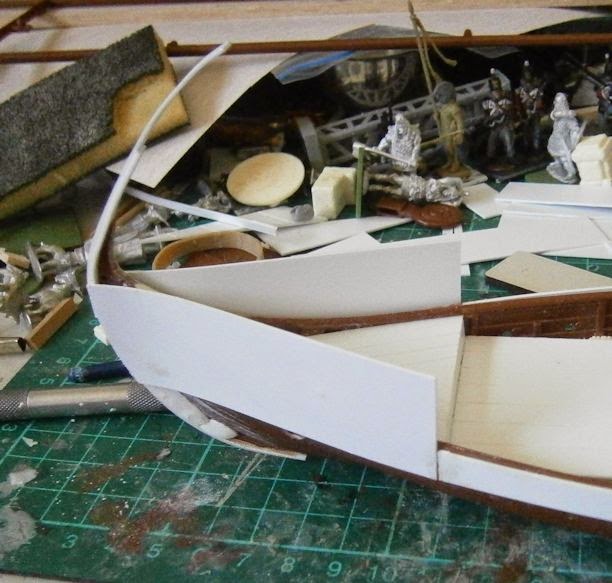 Then I sanded more Miliput for what seemed an eternity and once again created snowdrifts of Miliput powder (you can see it all over the cutting board.
Then I forgot to take photos for a while and ended up with this: 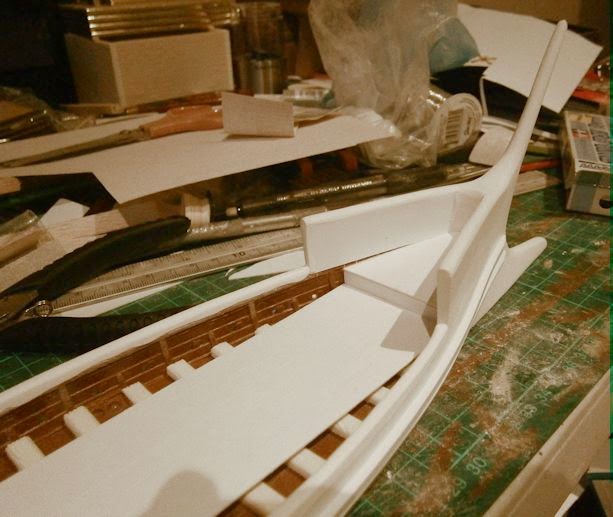 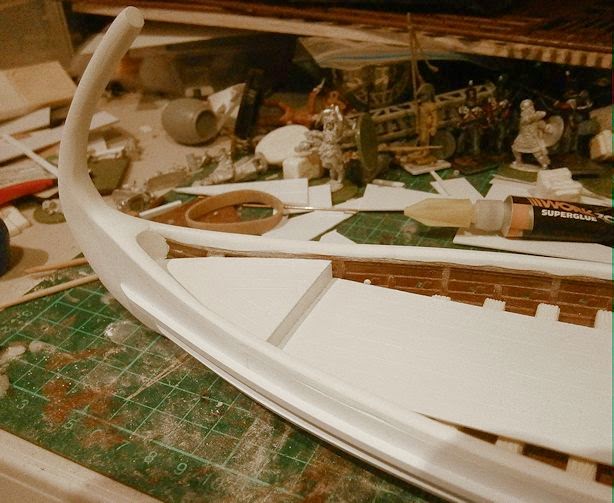 I was planning to add a fan/fin thingy on the stern but decided (after the last pic) to just sand it to a taper (just when I thought I had seen the last of powdered Miliput).

But that's not where I'm at... I started painting and will post more photo's soon.