They Did The Mash...

Monsters, monsters, monsters... They're not something that I'm very good with. In my early years of D&D it was difficult to find them and always a sacrifice to buy them (every monster bought was one less character figure that I could spend my money on). So monster figures were subbed for others on many, many occasions. One minute it's a troll, half an hour later the same figure is an orgre... Next week it's a frost giant...

So I never did have a lot of monsters which means that I have less experience when it comes to painting them. I tend to put less effort into painting monstrous creatures because I want them to look a bit rough and frightening. Or, in the case of orcs and those sort of folk, I don't want them to look nice and tidy. The Minotaur I recently painted is an example of this. So for me, painting monsters necessitates a different approach.

So what have I got?

A Yeti (I think) from Reaper Bones. This was an easy paint job. It looks okay. The eyes look much better in the flesh as does the white dry-brushing. Not a bad for a $6.00 investment. 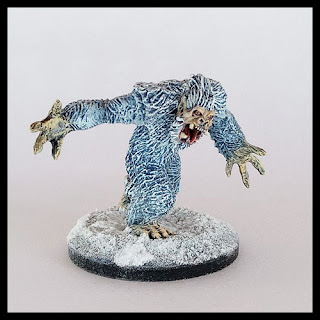 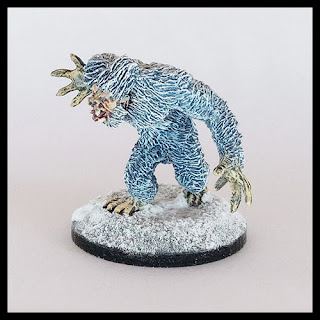 Some toads. Because I'm currently enthralled with Frostgrave I made them Ice Toads. They are Reaper Black Bones and they look suitably icy and toady. I like this material. it's a bit easier to work with , although I am impressed with the way the regular Bones material holds paint. I'm not sure about the snow. I used baking soda but I think a dedicated "snow effect" from some company like Woodland Scenic's would work better. 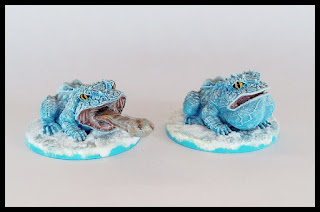 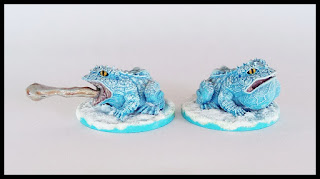 A friendly little orc for scale. 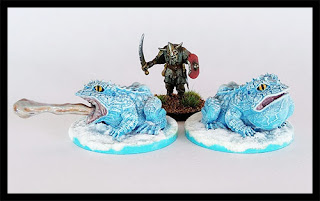 Ohhh... Boney Skeletons from Bones. I got two different types. The Spears are regular Reaper Bones and the swords are Black Bones. No matter what I tried I just couldn't get those spears straight. Heat lamp, hot water immersion, clamping... Nothing. So they remain bendy. I got the verdigris effect by using a verdigris glaze from Vallejo. I put it on thick and wipe it off with my finger. It makes the bronze look pretty old which is a nice effect for these ancient dead warriors. 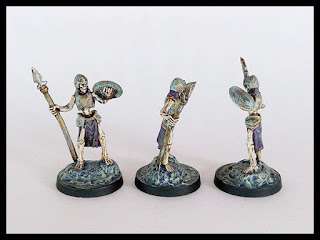 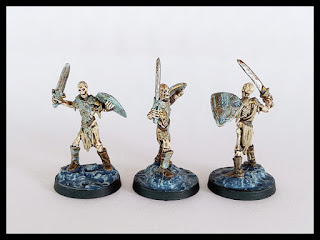 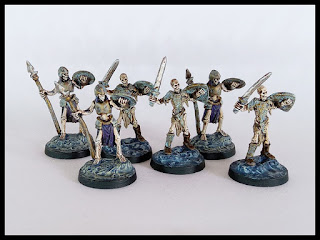 This thing... I'm going to call this an Earth Elemental (because I don't know what it is). I do know that it is/was a Malifaux figure and I got it about 7 or 8 years ago. It's a big hunk of metal and it looks okay. Come to think of it, maybe it's a Shambling Mound! 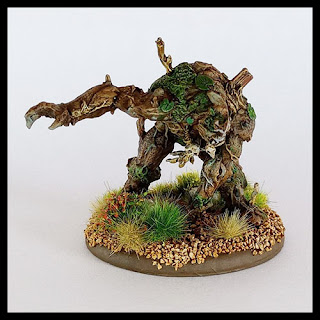 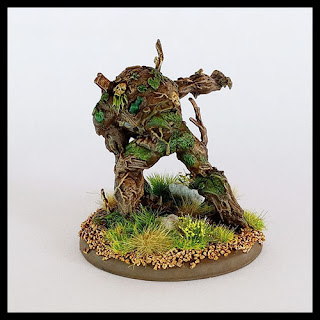 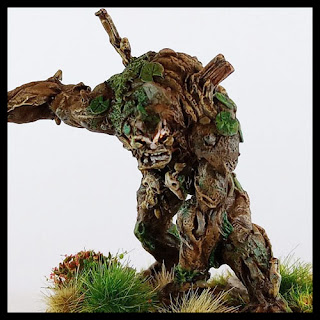 And last but not least... Well maybe they are least... Some orc folk from Oathmark. For me these were more difficult to paint than you may think. I really had to stop myself from trying to paint them well and make them detailed. I didn't want that. I wanted them to look rough as I mentioned above. I got the effect in the end but I actually had to give them a few coats of wash to ruin the initial brushwork I did on them. 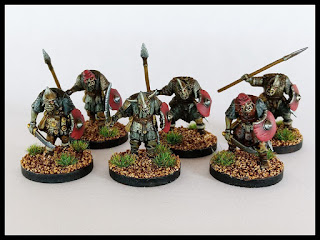