I played my first game of Frostgrave last night. It was quick and easy and I really enjoyed it. I was introduced to the game by Piotyr at my club, and even though my little company of "explorers" took a bit of a beating, most of them did manage to survive and grab some valuable treasure.

I had Astrapi, an Elementalist Wizard who I took partly due to the models I had on hand and also because it seemed like a pretty easy character to run as a newbie. You know, cast a few lightning bolts here and there. Blow things up... They were pitted against a thrown together beginner Necromancer group who gave them a run for their money. I guess you'd call that experience v's a novice.

Anyway, I enjoyed the game and it really had the feel of old school D&D. The only monsters on the table were skeletons (and evil necromancers) but they gave me enough to worry about.

All the terrain you see below was provided by Neil who was playing a game against Tom on the other side of the mat (both of whom have appeared in other posts on this blog - Mainly ECW). Their game was full of giant ice worms erupting out of the earth and trying to kill their wizards. It was a very nice table and I feel luck to have been able to use it. Very atmospheric and with plenty of multi-layer depth. It was very nice to play on and has inspired me to make some of my own.

So here's a few pics. I got caught up in the game and pretty much forgot to take many shots: 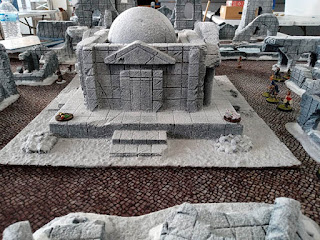 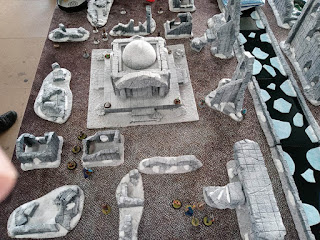 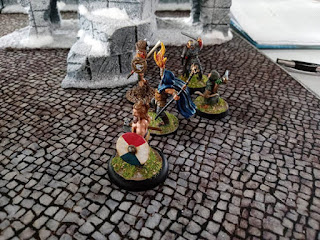 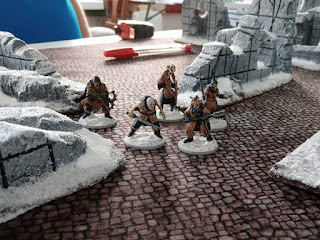 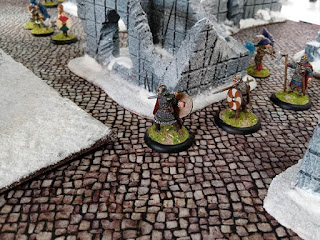 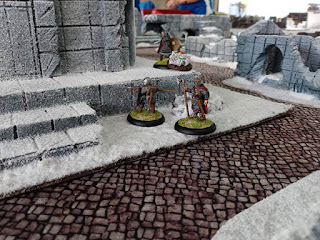 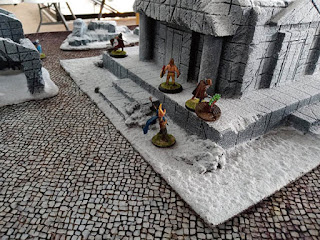 And I also have some new figures (one of whom, fresh off the painting desk, too part in the game above). All of these ones are official Frostgrave figures from, I think, Northstar. They are very nice and very well sculpted and cast. Not cheap, but not really expensive and very much worth it.

A thief/rogue. He survived the game above so he has earned the name Bonzo: 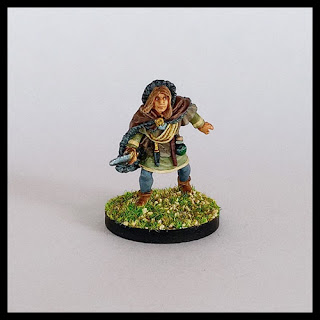 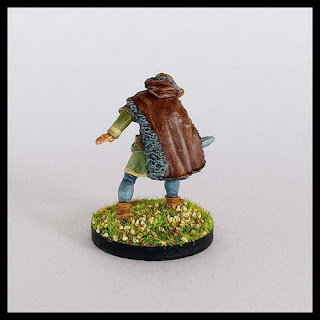 And a Necromancer of my own. He doesn't have a name as yet, but one day he'll get one. This was a difficult figure to paint. Not because of the detail but because of the colours. All black would have been easy but too obvious. So colour selection wasn't easy but I think the palette looks okay. 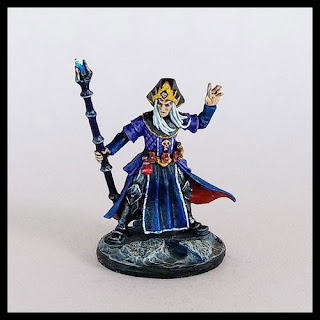 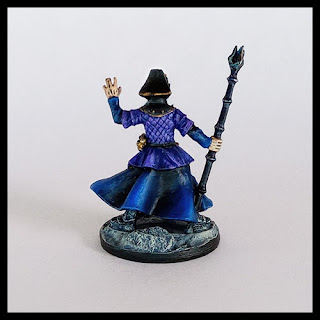 And every sorcerer needs an apprentice. This one doesn't even have Mick Mouse ears although he does have a weird hair style. I'm happy with how he came out. I tried to keep his palette close but a little different to the wizard. 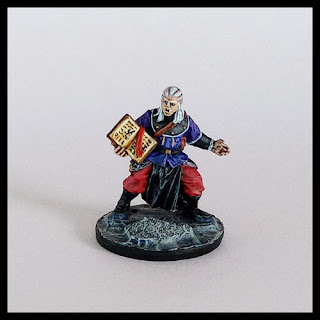 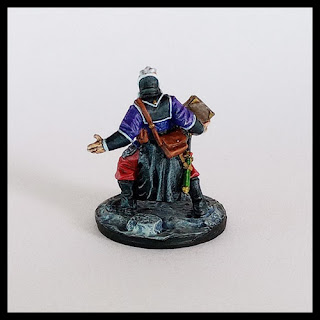 P.S. In the pic above you can see some damage to the paint on the arm/elbow holding the book. I don't know how this happened but I fixed it pretty easily and gave it two good coats of varnish.
Posted by IanKH at 00:34