A Little Bit of Brushwork

Whilst I've been spending a lot of time writing and play test my zombie apocalypse rules Infection Z, I've also kept up painting - even thought IZ has slowed me down a lot.

To start, I've painted up a big flower and a big ogre. Both from Reaper and both Black Bones. These will be used for Rangers of Shadowdeep initially and for other things afterwards. 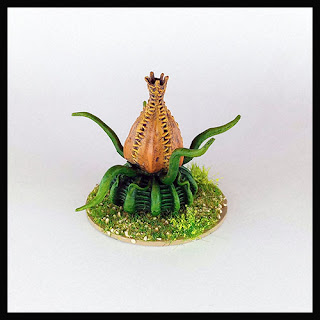 When I was getting these pics ready with photoshop, I noticed I forgot to paint the edging of the base. I can't believe it. How could I forget that? 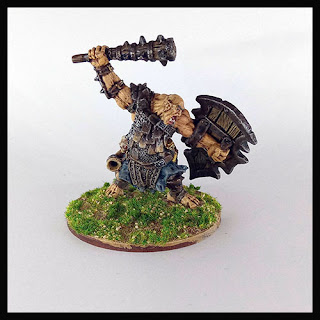 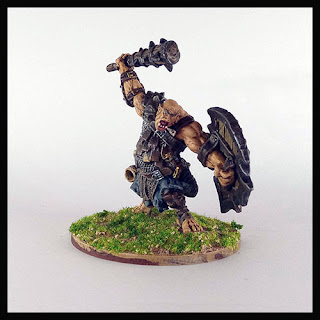 I didn't know what to do with his shield. It looked way too neat on the sculpted figure. I decided to give it a coat of dark bronze and then a coat of patina effect with a final dirty dark wash. It came out okay. 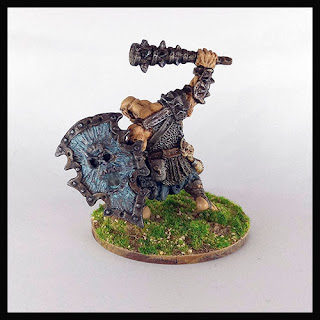 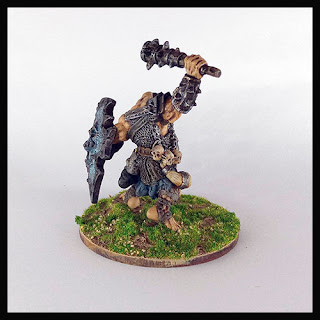 One thing I did was to buy Mantic's The Walking Dead game. It looks like a great game but I haven't looked at the rules. The box has a lot of little toys and other stuff that looks interesting, but the reason I bought it was because you get 6 survivor figures and about a dozen really nice zombies all for $50AUD. That's about $2.70 per figure. That's a great deal.

I should play the game some time - I have played in once in the past but I was more interested in getting my own thing happening at the time so I didn't devote a lot of time towards it.

Anyway, the figures are pretty nice and very easy to paint. Here are the six survivors: 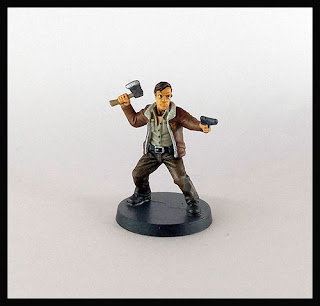 Rick and Carl Grimes - The stars of the story and my least favorite of these figures. They're okay but not my favorites. I don't like the way the flesh colour turned out. I'm not sure what I did wrong. 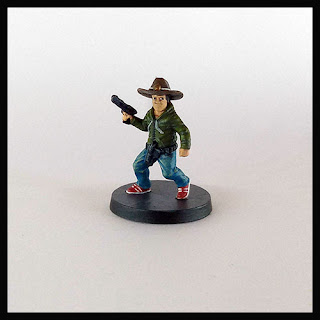 I like these figures much more. Looking at them now, I can see that I forgot to take a photo of one of them. A woman with a knife. A nice figure too. 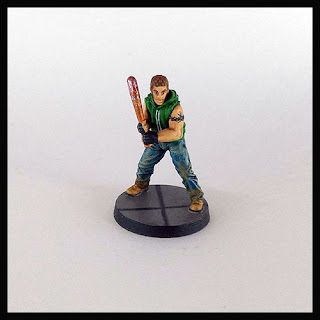 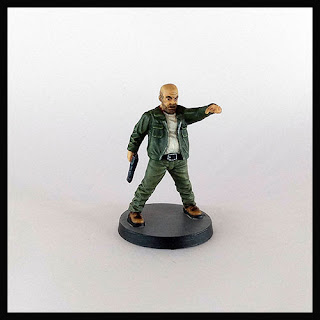 This guy had no weapons so I decided to give him one. I had a plastic sword hand sitting on the desk so I trimmed the sword into a knife, did a bit of filing. I then amputated his hand and now he has a knife. I like his face. 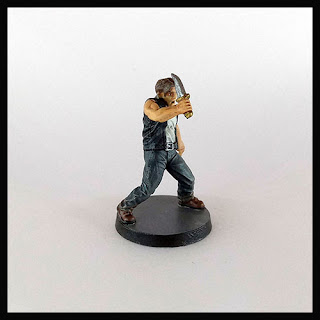 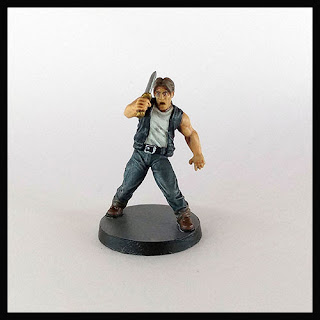 These last two are from Studio Miniatures. Nice figures but they're small. Noticeably smaller than the Hasslefree figures in my collection and much smaller that these Walking Dead figures. 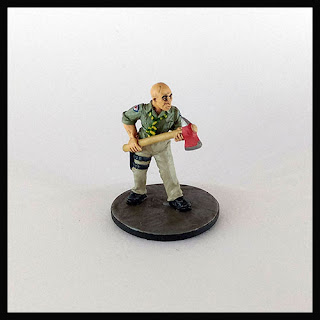 I like the axe man I tried to make him look like a tooled-up park attendant or something. But I'm not really keen on the last one. They came in a four figure set so that's why I have him. 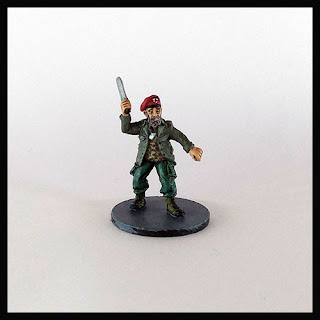