The Rosy Knight & the Autumn Elf

Roses are red,
Dragons are blue.
And elves can be dressed in their fine autumn hues.

As usual I have a bunch of figures from variety from a few different sources. All of them are very nice and some came as a bit of a surprise and turned out better than I expected.

So, I may as well start from the top with this lovely model from Reaper. Once again this is a Bones figure. For the low cost you can't go wrong & the ease of working with the Bones material made this an absolute dream to work on.

I already had a good idea of the colour I wanted to paint the knight. It was just a matter of taking the plunge and hoping it would work out okay. On the other hand, I took a fair bit of time to work out what colour to paint the dragon and after looking at a whole bunch of art work I decided on blue. I was keen on green but thought it might just blend in with the other greenish creatures I've already done for my army, so blue it was to be.

This lady is destined to be a champion for my Army of Faerie ~ The Rosy Knight and Blue Flame (the dragon name is apt to change at this stage). 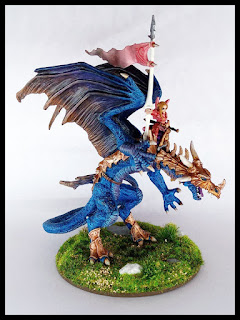 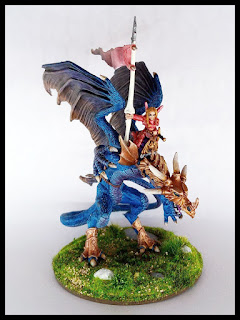 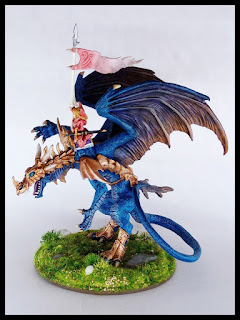 The Autumn Elf is a is a really nice Reaper metal figure. I did get a couple of other Bones elf archer figures and they're not very good. Well, not as good as I expect. This one, on the other hand, is beautiful. I don't recall what the real name of this figure is but I decided to paint him a bit different to the regular green/brown/grey ranger pallet. The forest isn't always green so I chose a different season for this guy. So that's how he became The Autumn Elf.

This is going to be my character for Rangers of Shadow Deep. 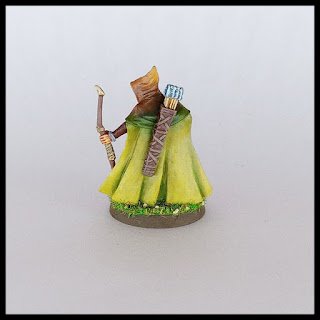 These next figures are from Eureka. They are part of their Moorcock/Hawkmoon range. In the past I did sculpt some of the figures for this range but I didn't sculpt these ones. They're really nice and I've had them for a while. I think they'll make really nice men-at-arms types for Frostgrave or RoSD.

The captain is a very nice figure. I think he's a bit plain for use as a character figure but as far as a Frostgrave or RoSD captain, or any other sort of fantasy Captain of the Guard role he's perfect. 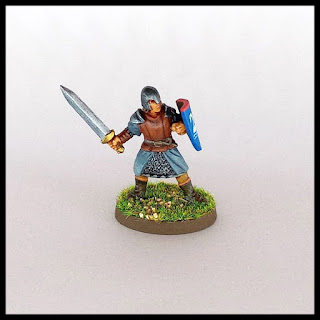 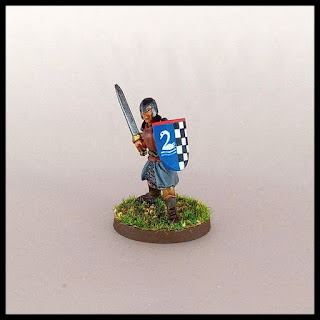 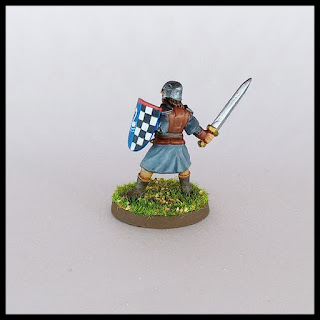 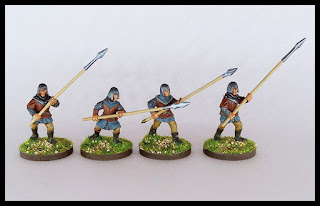 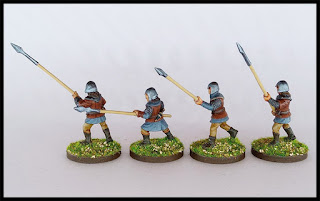